The 89th-minute goal that proved a £1.5 million headache for Ladbrokes Coral 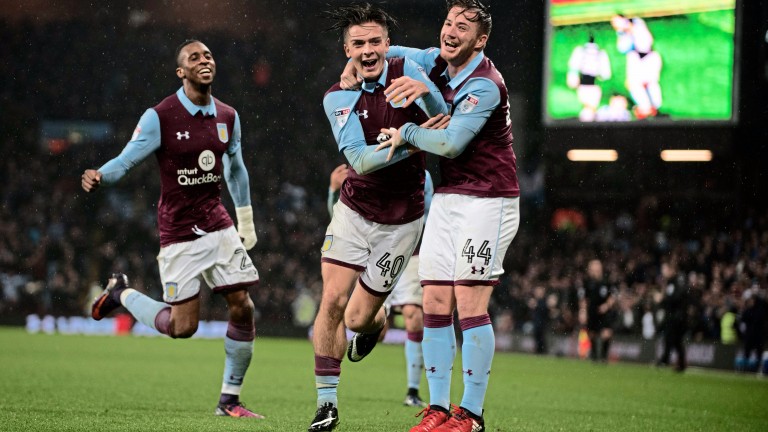 Jack Grealish's status as English football's great hope may be fading but he will not be forgotten at Ladbrokes Coral in a hurry.

His 89th-minute equaliser for Aston Villa against Brighton on the final day of the last Championship season handed the title to favourites Newcastle United and meant a large number of league winner multiple bets came in.

"Jack Grealish’s goal is conservatively estimated to have cost us around £1.5m," the firm said on Thursday.

Racing results did go the company's way, though, with a number of favourites beaten at the Cheltenham Festival and Royal Ascot, although One For Arthur's Grand National success was popular with punters.

The second biggest betting event of the year for the firm was last weekend's fight between Floyd Mayweather and Conor McGregor.

Ladbrokes Coral chief executive Jim Mullen said: "After the National it was our biggest betting event. There was a significant amount of money coming in, particularly in the 12 to 18 hours coming up to the fight.

"Credit to Conor McGregor for the sales job he did, it attracted huge amounts of recreational money.

"I'm not sure what kind of state I would be in at the moment if McGregor had won but the living legend that is Mayweather delivered and we avoided some tears."