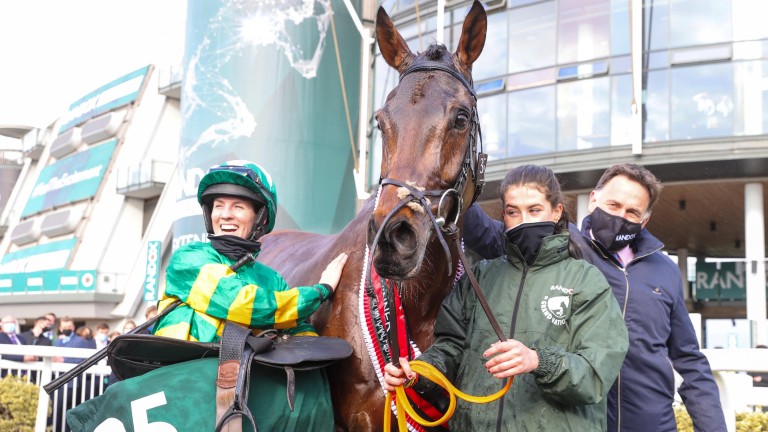 Minella Times and Balko Des Flos, both trained from De Bromhead's powerful Knockeen base in County Waterford, filled the first two places in a remarkable result for Irish-trained runners, responsible for ten of the first 11 across the line.

"It was a great day for racing in general," said Kavanagh after Blackmore became the first female to ride a Grand National winner. "It was one of those days that lifted your heart."

Asked if he believes Blackmore's historic victory could inspire a new generation of riders, Kavanagh said: "I think it will. We've been seeing Rachael do great things in Ireland for the last number of years and it's just wonderful to see that extended onto an international stage. 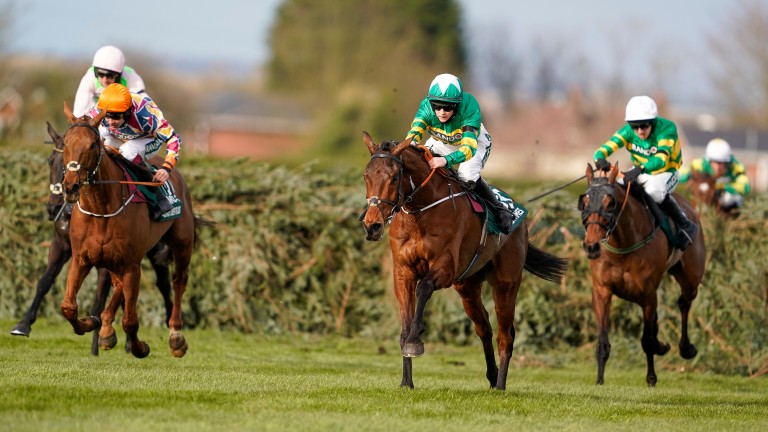 "Now the world can see what we've been seeing on the tracks in Ireland. She's a really talented rider, a pleasure to deal with and a great ambassador for herself, her family and the sport.

"What Henry has done is tremendous too. It couldn't have happened to a nicer person. He's put the hard yards in over the years and has developed a great formula.

"I spoke to both of them this morning and they were as level-headed as you would expect. They're great people who deserve every bit of success they get."

Kavanagh added: "Aintree put on a great show and both ITV and Racing TV covered it well for all of us who couldn't be there. The race has lost none of its appeal and it was a thrilling renewal that produced a fantastic result."

The unprecedented achievement of adding to his Cheltenham holy trinity with an Aintree 1-2 will surely only start to sink in over the coming days for De Bromhead, who managed to reach the ferry port in time to return home on Saturday night.

"It's been an incredible few weeks that I'm running out of superlatives to describe," the trainer said, also revealing his Aintree runners had returned from battle in good spirits.

"It's mad, really. Our whole team here deserves credit for what they do, as well as Rachael and everyone supporting us. I could never have imagined the past few months that we've had – it's the stuff of dreams." 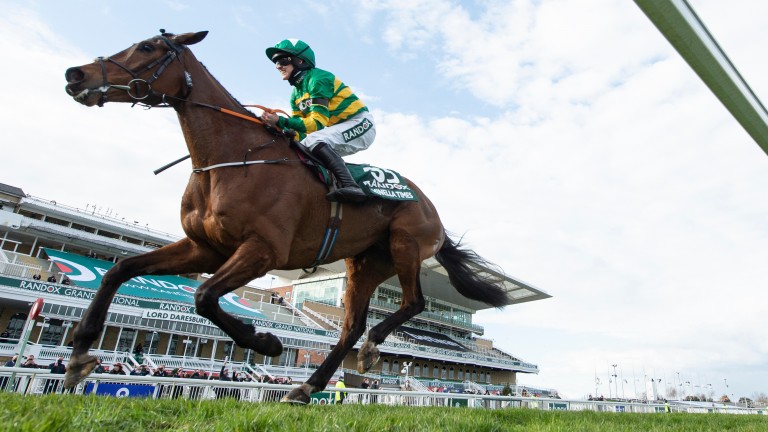 Minella Times: relished the step up in distance on Saturday
Edward Whitaker (racingpost.com/photos)

He added: "As he's stepped up in trip, Minella Times has got better and better. I called Frank [Berry, racing manager to JP McManus] after Christmas to ask what he thought about entering him in the Thyestes Chase but he said that maybe we should consider the National. Once it looked like we were getting into the race, we were happy to aim him there."

The man who also trained the first two home in last month's  Cheltenham Gold Cup will aim to end an unforgettable campaign on a high at Punchestown, with a host of star names like Honeysuckle, Minella Indo, Envoi Allen and Put The Kettle On in line to appear at the five-day festival starting on April 27.

He said: "We're looking forward to Punchestown with them all, although Put The Kettle On also has the option of the Celebration Chase at Sandown too."

The leading owner told the Racing Post: "It was a special day for our family. We are so delighted to be a part of this historic occasion with the great Rachael Blackmore, Henry de Bromhead and Minella Times."

Join Members' Club Ultimate and read tipping from the likes of Pricewise and Paul Kealy, all the big interviews and features, daily comment and news analysis – plus our Ultimate Daily newsletter. Click here to sign up. FIRST PUBLISHED 7:00PM, APR 11 2021
Now the world can see what we've been seeing on the tracks in Ireland. She's a really talented rider, a pleasure to deal with and a great ambassador

'I had no idea' - trainer in the dark as Call Me Freddie lands massive plunge Early Cheltenham clue? Gypsy Island 20-1 for 2022 festival after comeback win Fahey looking forward to getting Gypsy Island back on track at Tipperary Henry de Bromhead: Envoi Allen flop was down to a chipped joint Closutton to the fore as Irish champions are crowned at Punchestown Superstar Honeysuckle out to cap perfect season with another Grade 1 masterclass