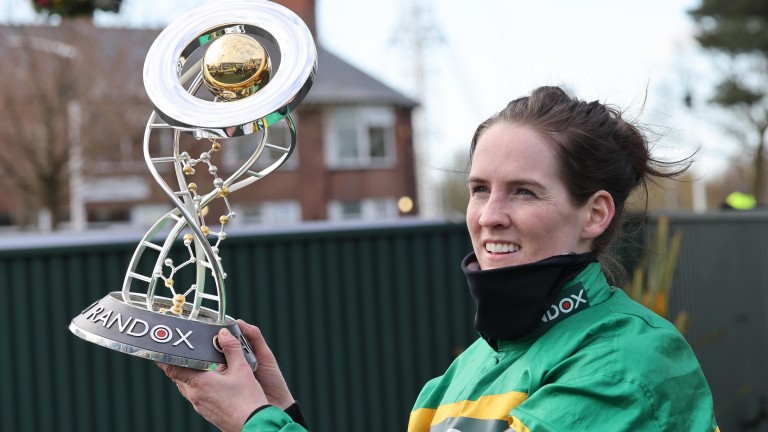 Rachael Blackmore’s historic Grand National victory took racing from the back pages on to the front in Britain and Ireland with media outlets around the world reacting to her ground-breaking achivement.

NBC New York, Al Jazeera and The Washington Post were among the many international websites to publish stories on the success of Minella Times in the Aintree marathon.

Referencing the film National Velvet, The Age, Melbourne’s daily newspaper, said: “A Hollywood fantasy turned into reality when Rachael Blackmore became the first female jockey to win Britain’s gruelling Grand National, breaking down one of the biggest gender barriers in the sport.”

South China Morning Post, who similarly described it as "breaking down one of the biggest gender barriers in sport", and The West Australian were other outlets to publish stories.

The Grand National clearly has a worldwide reach, but the history-making success also meant a lot to the locals, including Beatles drummer Ringo Starr.

Born in an inner-city area of Liverpool some seven miles from Aintree, Starr was quick to tweet his appreciation of the famous result, posting a screengrab of Blackmore and her willing mount with the message: "Well done Rachael. Well done Liverpool. Peace and love."

Closer to home for Blackmore, Irish Taoiseach Micheal Martin lauded the top jockey for her "amazing" exploits, declaring: “Ireland is so proud of you”, while Michael D Higgins, president of Ireland, said: "My congratulations to Rachael Blackmore on an historic achievement at Aintree. Today's win is both a personal and sporting success, and comes only a month after her groundbreaking wins at Cheltenham."

Blackmore's popularity in Ireland is set to reach a sky-high level and in the aftermath of her National success BoyleSports made her 1-100 (from 1-4) to become the RTE Sports Person of the Year – an award that recognised racing in 2013 by way of Sir Anthony McCoy, ten years after Barry Geraghty was honoured.

FIRST PUBLISHED 12:40PM, APR 12 2021
The South China Morning Post described it as "breaking down one of the biggest gender barriers in sport"

'I had no idea' - trainer in the dark as Call Me Freddie lands massive plunge Henry de Bromhead: Envoi Allen flop was down to a chipped joint Superstar Honeysuckle out to cap perfect season with another Grade 1 masterclass Blackmore has chance to cap her sensational spring on Honeysuckle Pertemps winner Mrs Milner out of the Champion Stayers Hurdle Envoi Allen to have CT scan after injury to hind joint in Punchestown flop