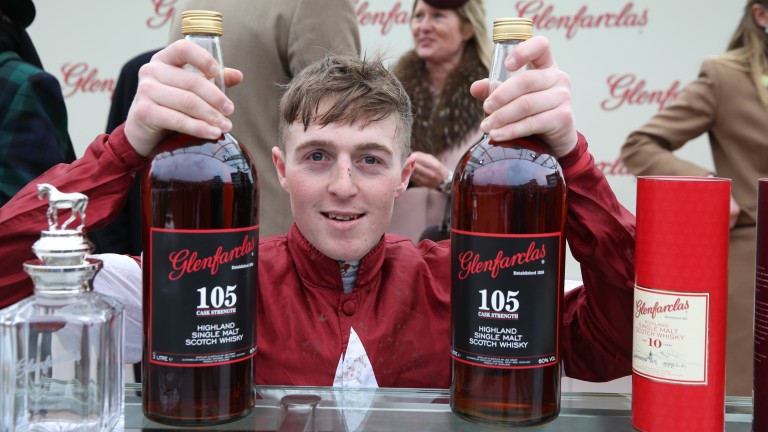 Gordon Elliott on Sunday promised jockey Keith Donoghue he would be back on Tiger Roll in the future as he credited him for a lot of the work that helped the remarkable eight-year-old land the Grand National.

Donoghue had ridden Tiger Roll on his three starts leading up to Saturday's success, guiding the horse to his third Cheltenham Festival triumph in the Cross Country Chase.

But the Grand National ride passed to Davy Russell on with Donoghue, who has had weight struggles, unable to do the 10st 13lb carried by Tiger Roll, who held off Pleasant Company to win by a head.

"It's a shame for Keith Donoghue because he was Keith's ride," said Elliott. "He just couldn't do the weight. He did a lot of work on the horse but he's going to have plenty more days on him. He'll be back on him in the cross-country race next year." 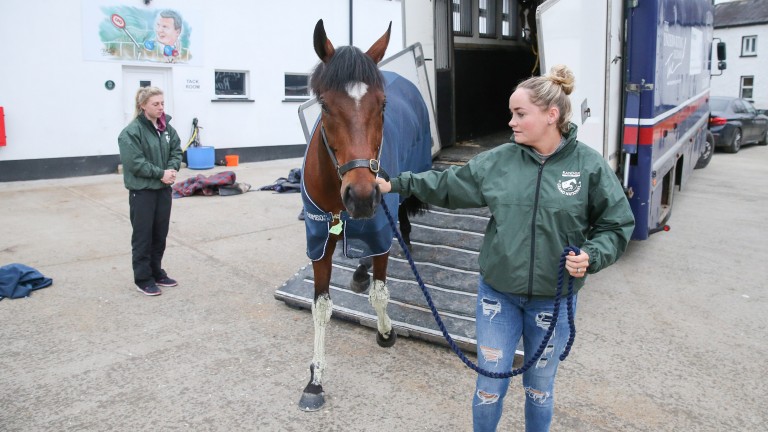 Elliott said Tiger Roll and the rest of his team were back at his County Meath yard, where the trainer will parade his second Grand National winner later on Sunday.

"Seeing all the staff around the yard, there is a bit of buzz around the place," said the trainer, speaking on the Luck On Sunday show on Racing UK. "Tiger Roll is at home, he's a little bit tired this morning but he's okay.

"I was very lucky to win the National in my first year training. I probably thought it was all very easy. Now all the water that's gone under the bridge, to win another is unbelievable.

"When you look back at his record he's won three different types of races at the Cheltenham Festival. To come on and win an English National is unbelievable. He doesn't owe us too much now." 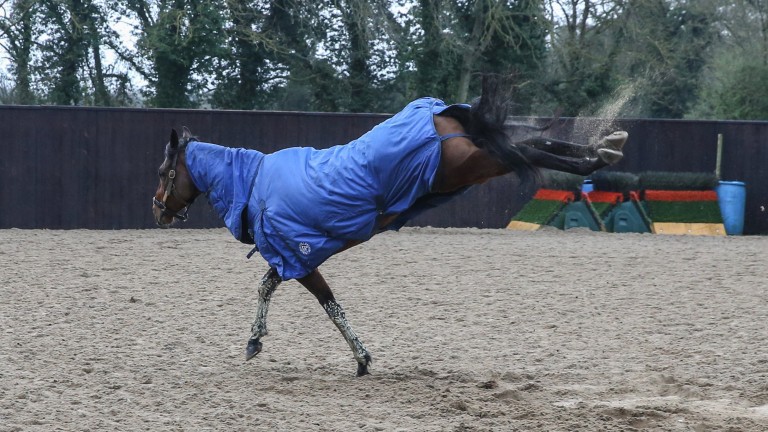 Kicking king: Tiger Roll is full of life as he stretches his legs on Sunday after arriving home
JOHN GROSSICK

Russell, at 38 the oldest jockey riding in this year's race, clinched his first National victory at the 14th attempt. He had enjoyed his best finish a year earlier when Saint Are finished third but admitted he wasn't confident Tiger Roll would be the horse to deliver the win.

"Honestly I thought he was very economical with his jumping," he said. "I just wondered whether he would have enough respect for the fences so I wasn't too worried going out on him. If he'd fell at the first I wouldn't have been surprised. He is a shocking brave horse. Nothing seems to faze him. At the start he just set his eyes on the first and I knew we were in business.

"He is a very sensible and kind horse so it is easy to like him. It's amazing the transformation he has made from being a Flat horse and juvenile hurdler. I am definitely not the biggest fan of juvenile hurdlers but I am going to have to change my tune now."

Russell has long been fascinated by the National. He added: "There were so many movies made about it. As a child we were starved for horses on television. There was no racing channels. Whether it was a cowboy movie or National Velvet or Bob Champion's movie.

"I've watched them so many times so you grow up with an affinity with the race, it just sucks you in. To go and win it then is just the stuff of dreams. 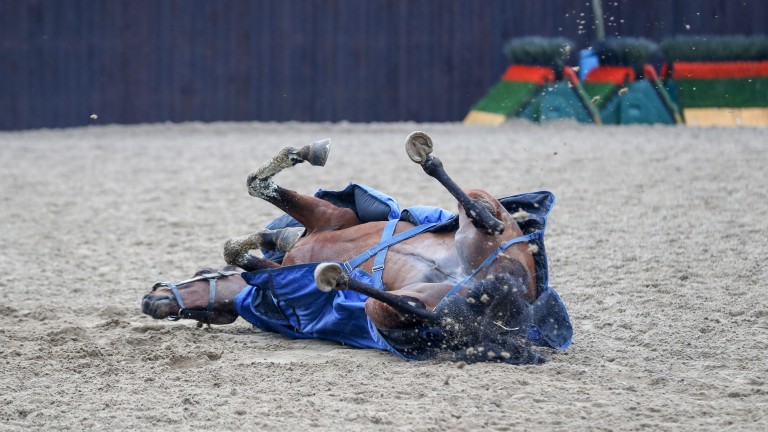 Tiger roll: the Grand National winner enjoys himself back at home
JOHN GROSSICK

"I've landed in front over the Canal Turn with horses travelling really well and across the Melling Road going really well. Just last year was the first time that a horse ran from the Melling Road all the way to the line. It just felt it wasn't the impossible dream I had been making it out to be. I actually did have a small chance of winning it."