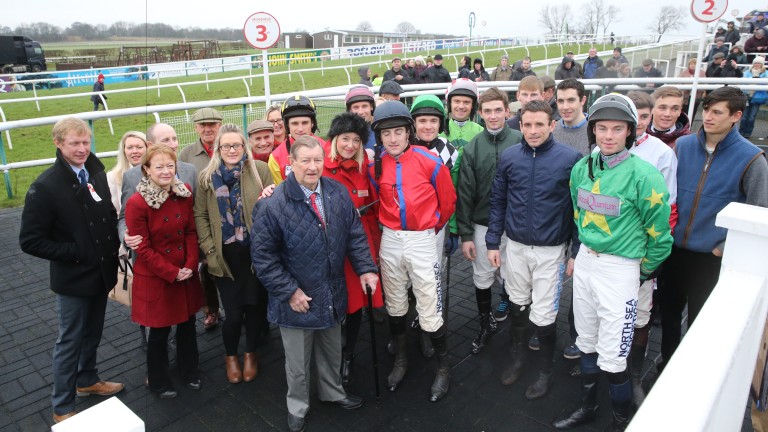 Denys Smith, trainer of the 1968 Grand National winner Red Alligator, was fondly remembered yesterday after he died at the age of 92 on Sunday.

From his base in Bishop Auckland, County Durham, Smith sent out more than 1,600 winners, which included Group 1 wins on the Flat with Tudenham and Mandrake Major as well as a string of high-profile jumps victories.

Derek Thompson, who worked as assistant trainer to Smith, said: "Denys Smith was one of the finest trainers of his generation and I was honoured to have been his assistant trainer. I learned so much from him, as did so many others."

Smith began life as a taxi driver before taking out a licence to train. During his 45-year career he succeeded under both codes and was champion jumps trainer in the 1967-68 season, when Red Alligator provided him with nearly half his title-winning haul.

Self-taught as a trainer, Smith initially trained trotters for his father-in-law Bert Richardson before progressing on to thoroughbreds. His eye for a horse would lead him to purchasing and training a number of winners on the Flat and over jumps, often with castoffs from other yards or with individuals with average pedigrees.

Trainer Chris Grant was stable jockey to Smith for a number of years and said: "He was a top, top man and he’s the reason I’m doing what I’m doing now. I worked for him for a lot of years and he got me going and we had a lot of success together.

"He was a fair man and gave everybody a chance. When you look at his record it’s just phenomenal on the Flat and over jumps; we had success everywhere together. It’s a sad loss for racing."

While he would train better horses, it was Red Alligator and his Grand National victory under Brian Fletcher in 1968 that was both Smith’s proudest and defining moment as a trainer. Dondieu, Sixty Nine and The Grey Bomber were other notable stars for Smith.

His grand-daughter Caroline Smith said: "He was proud of winning it but more so we were proud of the great achievement of him doing it.

"Not just his family but the whole of Bishop Auckland was proud. The pub he used to go to was called the Red Alligator and it had all the photographs around of him as well. It was a special thing for him and everyone in the area."

Smith’s top-level wins on the Flat came in the 1972 Middle Park Stakes with Tudenham and the 1976 Flying Childers with Mandrake Major, while he also claimed big Flat races such as the Ormonde Stakes and Gordon Stakes.

Approachable and well respected, Smith was honoured at Sedgefield racecourse in January with a special lunch to mark his yet-to-be-bettered total of 145 wins at the track. After retiring in 2002, Smith kept in touch with racing by regularly attending Sedgefield and Catterick.

His friend Harvey Smith, husband of trainer Sue Smith, said: "He was a great friend of mine and I used to call him my dad. He was a lovely old boy and he used to go to Catterick for every meeting and he was there not that long ago.

"He’s been a very good man for racing. Everybody loved him and he was down to earth and a tough chap. He was a proper horseman and he came up through the ranks. He was a top man, what more can you say about the man?"