The Grand National HOW TO FIND THE WINNER

Grand National trends: the key information to help you pick the Aintree hero 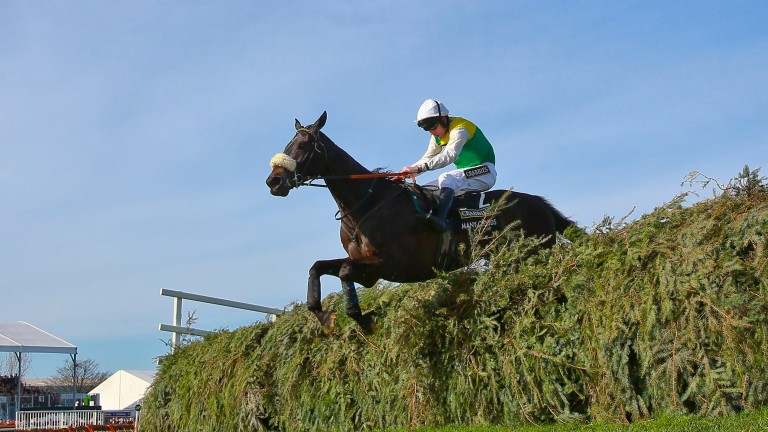 The Grand National is the one race of the year when the vast majority of you will pick a horse (or two) and hope to get the winner – but it is certainly not the easiest to decipher.

Whether you are a year-round punter or not, use form or sheer luck, selecting the horse that reaches the line first on April 6 immediately earns you the title of 'horseracing judge' and is probably the talk of the workplace on Monday as you have fluked your way to winning the office sweepstake.

If you are still pondering who to pick and want that label, here is a look at some angles that have worked in the past.

The classier horses towards the top of the handicap immediately draw the eye, but having to carry 11st 5lb or more has proved a huge disadvantage in the past and it is normally worth looking elsewhere.

The stamina-sapping 4m2½f is a unique trip and plenty of the runners will fail to stay, so finding a horse who will be strong at the finish is a crucial element.

There's nothing worse than hitting the front at the last and watching your horse tire as the extreme trip takes its toll, turning your joyful screams into whimpers.

Eight of the last ten winners of the race had previously run over a trip of 3m3½f or further, with the only two exceptions being Many Clouds (2015) and Ballabriggs (2011), both of whom were owned by Trevor Hemmings.

Out of the market leaders, only Lake View Lad hasn't run over a trip of 3m3½f or further, but he is owned by Hemmings and can therefore be excused with this race the likely long-term plan.

The big, imposing Aintree fences – albeit not as big as they once were – don't allow horses to make mistakes en route to win the Grand National, it's normally one and you are done.

Only two of the last 22 winners had fallen or unseated their rider more than twice before tasting victory in the showpiece event, which could spell trouble for general 10-1 shot Rathvinden, who has hit the deck three times if you include his point-to-point fall.

Horses bringing form figures of U or F into the race on their previous start is also a negative factor and consequently you would have doubts about 2017 winner One For Arthur, who has failed to complete on his last two starts.

Horses aged between eight and 11 have won this race all but twice since 1989, with 12-year-olds Royal Athlete (1995) and Amberleigh House (2004) proving the only exceptions.

No seven-year-old has won since Bogskar in 1940. General 33-1 shot Ramses De Teilee bids to defy that statistic.

The ever-impressive Tiger Roll, who narrowly clung on to victory 12 months ago, is likely to go off one of the shortest-priced favourites for the race in history.

Plenty of punters will believe a 7-2 shot in a race such as the Grand National is ridiculous as anything can happen. He brings the best form into the contest and, as we saw in Saturday's Lincoln at Doncaster where Auxerre was sent off at 5-2, sometimes it is best to stick to the simple option.

The average price of the Grand National winner in the last ten years is 33-1.

If you look at recent Cheltenham Festivals you would be forgiven for thinking that jumps racing is dominated by four yards – Gordon Elliott, Willie Mullins, Nicky Henderson and Paul Nicholls.

However, over the last ten years, no trainer has won the Grand National more than once. And out of the four main protagonists who fight out the Irish and British trainer's titles between them year-on-year, only Elliott has won the race more than once.

It's often wise to stick to the powerful yards, but the National is a different ballgame that requires a special type of horse.

Course specialists are hard to come by as the National fences are used infrequently throughout the season, but horses with previous experience at this track are in abundance in this year's renewal.

Unlike most tracks where course experience is treated as an extra tick in the box, only three of the last ten winners of this race have run over the National course before so don't worry about a lack of a race here.

Tiger Roll is the worthy favourite and has every chance of becoming the first horse to go back-to-back in the Grand National since Red Rum (1973-74) if his weight doesn't hold him back. If you're searching for a few at a bigger price, look no further than Jury Duty, and Vintage Clouds.