Graham Cunningham: Vincent back to earth after knockout Derby blow 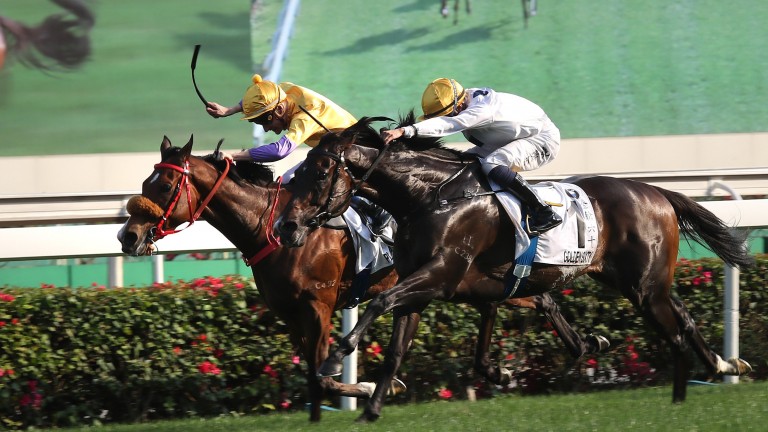 How does the new hometown hero of Hong Kong racing spend his downtime a day after winning a first BMW Hong Kong Derby?

A bright yellow Porsche with a personalised plate reading GAGNANT is the one and only flash element of Vincent Ho's life but the 29-year-old was never going to rest on his laurels after becoming the first homegrown rider to win the Derby for 25 years.

The buzz of victory meant the deep sleep Ho was hoping for after delivering Golden Sixty with a spectacular stretch drive didn't materialise and physio and a boxing session took precedence over Monday celebrations. 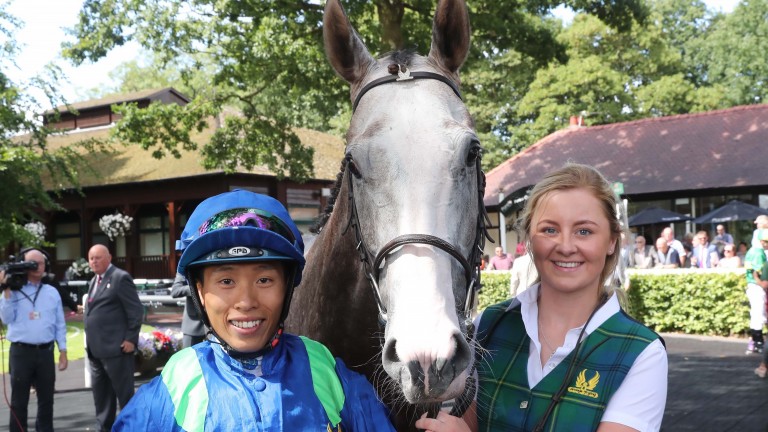 No rest for the wicked: Vincent Ho (left) was up early on Monday to ride
GROSSICK RACING

"I prefer a quiet nightm so Sunday was just dinner and then home," he said. "I still had to wake up at 5.30am on Monday to gallop some Class 5 horses – that's how it works!"

Caspar Fownes yields to no-one in his admiration for Ho but the man they call ‘King of the Valley’ will be gently reminding his former apprentice that he owes him one before Wednesday’s Po Chong Wan Handicap (2.15) at the city track.

Ho found himself stuck on the fence with nowhere to go from an inside draw when Naboo Star finished fifth two weeks ago and Fownes is concerned that it could be a case of one that got away from a wider barrier (10) this time.

“Last time was a bit of a nightmare because I thought he was the best horse in the race,” he said. “When mine are the best in the race I don’t like to ride for luck. It was unfortunate because he should have got the job done and we’ve had no option but to drop him back in trip, which is not ideal.”

Blake takes it on the Shinn as seconds pile up

Three of the first five home in the Derby were sent off at 260-1 or longer and it was hard not to feel for Playa Del Puente's rider Blake Shinn, who made an audacious last-to-first sweep on the home turn aboard Danny Shum’s gelding and almost stole the race in doing so.

Champion trainer John Size's long-held view that "you can't have Hong Kong winners in HK without the seconds" is something Shinn can take heart from given his tough first season has yielded nine golds and a remarkable 36 silver medal positions. 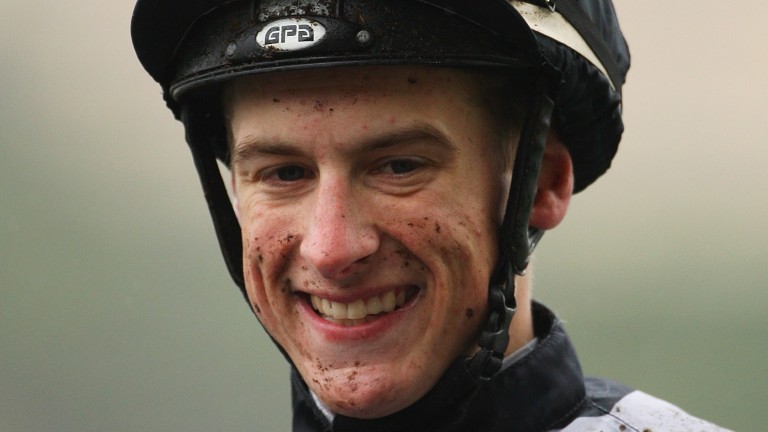 An intense character and noted gym hound, the 32-year-old would be in high demand if he chose to return to Australia but the tide looks sure to turn and six chances to add to his winning total at Happy Valley on Wednesday include Playa Del Puente’s stablemate Green Dispatch, who gave him his first HK winner last September.

”I thought Green Dispatch was a bit luckless not to win a couple of weeks ago,” said Shinn. “Our plan was to go forward but he didn’t step the best so I had to ride him quietly. I think he’s better rolling in front but that last start gave me the confidence that if it doesn’t work out I can ride him back and he’s still got the ability to win.”

Yeung’s negative a positive as racing goes ahead

The decision to open selected betting shops on non-racedays has been revoked, while owners can no longer visit their horses at the stables. Only owners with confirmed starters will be allowed to go racing until further notice and the government’s decision to ban the sale of alcohol in thousands of bars and restaurants will also apply on the racecourse once it comes into force.

Fears the virus had spread to the weighing room surfaced on Sunday night when local lightweight rider Keith Yeung reported that he “had an elevated temperature and felt unwell”.

A subsequent coronavirus test came back negative – prompting sighs of relief all round – but Yeung will miss five rides on Wednesday in order that the results from a second test can be verified.