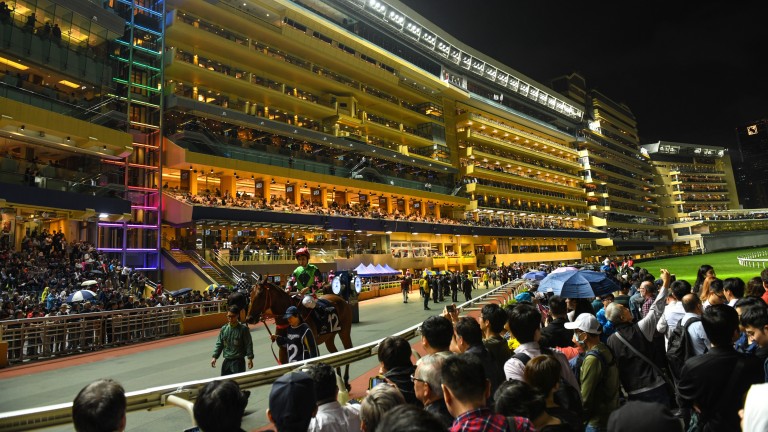 Hong Kong's weekend action returns to Happy Valley for the first time in a little over two years this Sunday while Sha Tin’s turf track renews having been reseeded with winter grass.

Joao Moreira is suspended but his nearest pursuers Zac Purton and Karis Teetan will be determined to capitalise on a ten-race card which runs from 5.00am to 9.45 GMT on Sky Sports Racing.

How many horses spend a fair chunk of their lives racing on a surface that fails to maximise their potential?

Kings Shield was a smart horse for John Gosden, winning two from two on the all-weather, then finishing fifth in Without Parole's St James's Palace Stakes, but he has scaled new heights on the Sha Tin dirt and made a good Class 2 field look very ordinary with a blazing all-the-way romp under Zac Purton in Wednesday's feature.

Now rated 109 by the Hong Kong handicappers, Frankie Lor's gelding is running out of local options on his favoured surface but will be prepared with the Dubai Carnival in mind if travel problems ease in the early part of 2021.

One of the sharpest punting angles in Hong Kong has been blunted slightly after Jerry Chau rode a midweek double to bring down the curtain on his valuable 10lb claim. 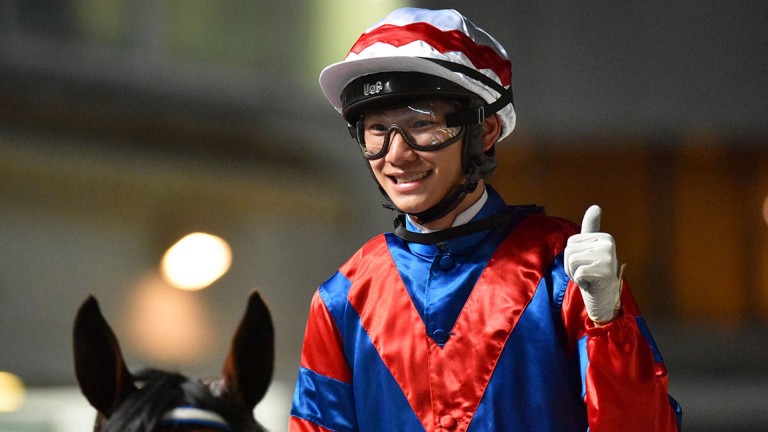 The 20-year-old jockey, who saluted aboard Demons Rock and Gunnar, misses the next two meetings due to suspension and will be a 7lb claimer from now on.

However, Demons Rock's trainer David Hall feels Chau is "improving every week." The data confirms that view, as Chau's 15 per cent winning strike rate is second only to Moreira this season.

Add in the fact that he's finished placed on 38 of his 85 mounts on a circuit where tightly knit handicaps dominate. and Chau looks set to remain a name to note when he returns to action next weekend.

Valley virgins out to shine

Experience can be very valuable at Happy Valley and a handful of Sunday's more intriguing runners have never raced at the city venue.

David Hayes feels he has some useful horses among his unraced brigade and Harmony N Blessed, who has shown bright pace to land two barrier trials including one at the Valley, is interesting on his debut in the Jaffe Handicap at 6.30. 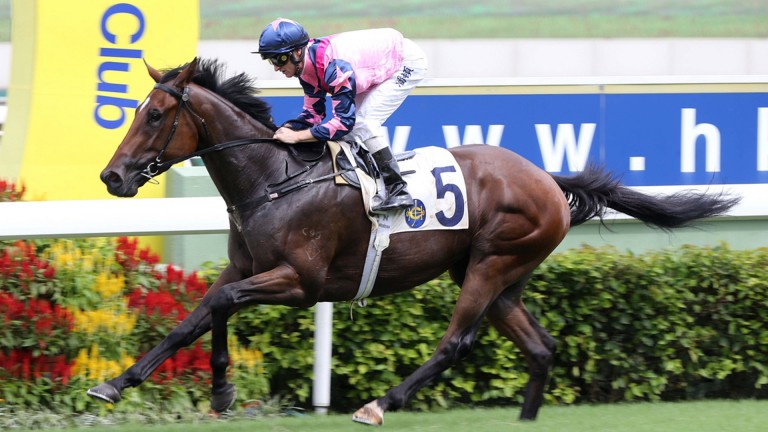 Chicken Dance: don't read too much into regular partner Zac Purton not riding him

Not much should be read into the fact that Purton doesn't partner Chicken Dance in the Gloucester Handicap at 9.10 as the Aussie was already booked for Lor’s pillar-to-post course winner Ares when trainer Paul O'Sullivan chose this option.

Chicken Dance has run very well in two strong Sha Tin races this season and should go close from a good draw with Teetan replacing Purton.

Last but not least among the Valley virgins comes Good Luck Friend. Ricky Yiu’s gelding has never seen the Valley in the morning, afternoon or night but has been in fine form in strong contests at Sha Tin, and his strong-travelling style and a low draw make him a leading player for the concluding Fenwick Handicap at 9.45.

Tough at the bottom as tailenders toil

Chau's hot streak lies in stark contrast to fellow apprentices, Alfie Chan and Victor Wong, who are a combined 0-92 this season.

A quick glance at the tail end of the jockeys' table makes for sobering reading. Jack Wong, Alex Lai and recent French import Tony Piccone are all striving for success, but good rides are tough to come by and the quintet are 0-221 between them this season.

Bets can be placed into HK pools with the Tote, Coral and Ladbrokes. First race at Happy Valley on Sunday is 5am

FIRST PUBLISHED 2:27PM, NOV 6 2020
He will be prepared with the Dubai Carnival in mind if travel problems ease in the early part of 2021