Graham Cunningham: Moreira hoping War can help him close the gap on Purton 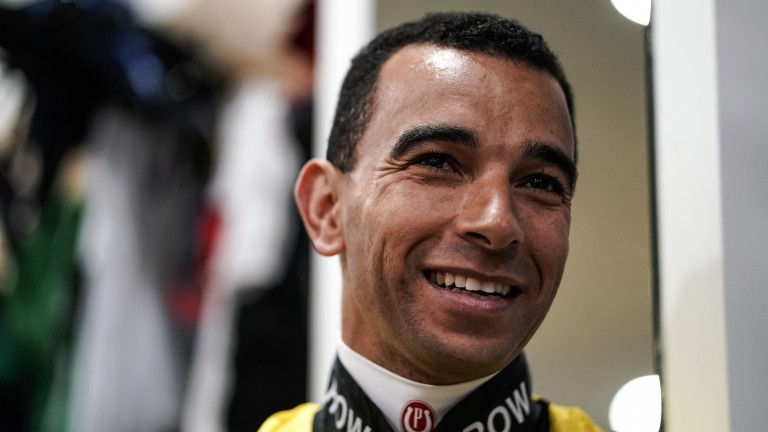 Classics are on the menu in Europe but championships are at stake in Hong Kong, with the jockeys' and trainers' titles up for grabs with just over five weeks of the 2019-20 season left. Zac Purton moved five clear of Joao Moreira with a winner at Happy Valley in the week but the Magic Man is determined to strike back this Sunday on a ten-race card at Sha Tin covered live on Sky Sports Racing.

Moreira has failed to strike at the last two fixtures, but the Brazilian is confident normal service will soon be resumed.

“It’s a matter of time before I start kicking winners and I think my rides this weekend are much better than the previous two meetings,” he said.

War Of Courage has been highly progressive in his first season in Hong Kong – finishing clear of California Archer when pipped by an improver over course and distance last month – and a 3lb rise looks very fair given his overall profile. Moreira rides the son of Declaration Of War in the 5f handicap (9.10).

Birthday boy Teetan on a roll

It feels good to be Karis Teetan at the moment.

The Mauritian Magician married partner Xaviere late last month and celebrated his 30th birthday with a double at Happy Valley on Wednesday that leaves him eight short of last season’s personal best total of 84 winners.

Speaking to the HKJC’s David Morgan, Teetan said: “I never set a goal but things are going pretty well so if it can keep rolling, why not?” 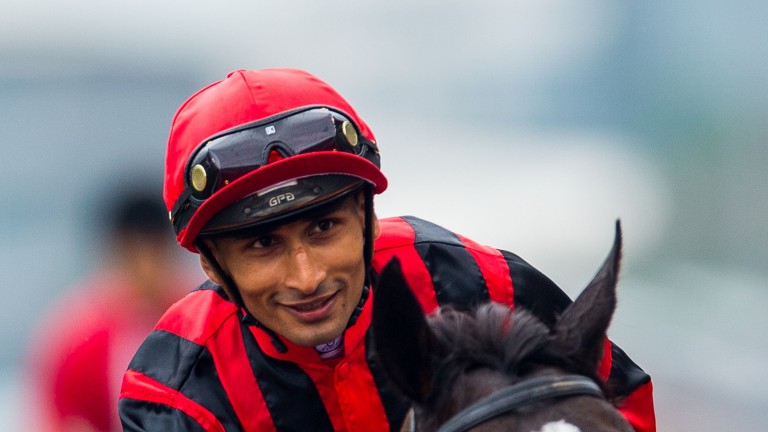 Teetan has a full book of ten at Sha Tin on Sunday and is expecting a bold run from California Archer in the 9.10.

Hong Kong racing’s equivalent of deadline day passed off quietly on Friday, with uncertainty over entry restrictions leading to a delay in announcing the names of any new star riders arriving for the 2020-21 season starting in September.

However, Neil Callan’s strong recent form has earned him a contract until at least February next year and the Irishman – who recently passed the 250 winner mark in his home away from home – is more than happy to keep banging heads with Zac Purton and Joao Moreira.

“Hong Kong has been great for me over the last six or seven years, not just because of what’s happened on the track but also because it’s given me a great chance to spend more time with my family,” he said.

“Everyone knows how tough it is here but I want to get back up into the top six if possible and working hard and riding winners is the way to do that.”

Luckless Spectrum back for another crack

Callan let out a mighty roar as Band of Brothers nailed Glorious Spectrum on the line in the finale at Sha Tin two weeks ago and the runner-up will bid to make amends in Sunday’s featured Butterfly Handicap at 10.50.

Thriller in the last!

The fine margins at play in valuable handicaps are perfectly illustrated by the fact that Glorious Spectrum is still seeking his first Hong Kong success having been beaten a neck, half a length, a head and a nose in four similar events.

He looks all set to go close again under Frenchman Antoine Hamelin – who has also been awarded a contract for next season – but this is another hot contest featuring a handful of notable jockey bookings.

Dan Control, who chased home Ten Sovereigns at the Curragh when known as Bruce Wayne for Michael O’Callaghan, gets Joao Moreira for the first time and stall 14 after finishing close up behind Glorious Spectrum last time.

Derek Leung gets a first chance on the reliable Star Shine, while Beauty Rush was short of room behind Glorious Spectrum and Dan Control recently and has capable 7lb claimer Alfie Chan now.

However, the most significant booking of all involves Zac Purton replacing Chan aboard Morethanlucky. Frankie Lor’s gelding was allowed to roll clear while setting hard fractions when fourth in a hot race won by Buddies over course and distance four weeks ago.

FIRST PUBLISHED 1:41PM, JUN 5 2020
I think my rides this weekend are much better than the previous two meetings

Neil Callan: 'I moved my family to Hong Kong - now it's my turn to respect them'