Graham Cunningham: are there any chinks in Golden Sixty's armour? 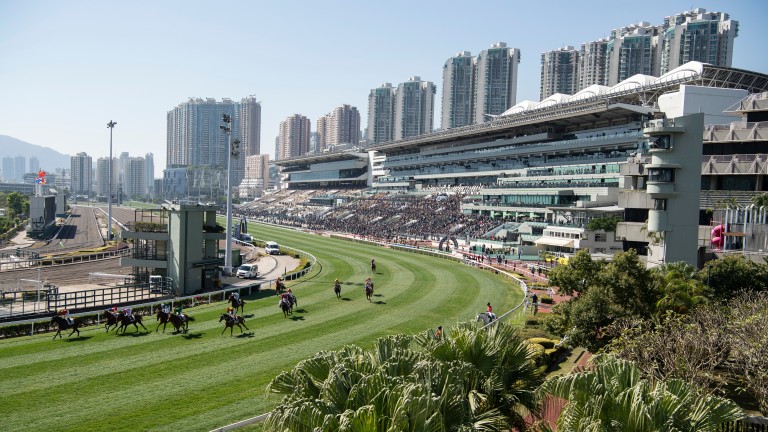 Jockey Club Day at Sha Tin on Sunday offers three Group 2 contests worth £450,000 apiece, which ought to make the Hong Kong International Races picture much clearer.

Most of the best horses in town are attempting to enhance their claims for the Sha Tin showpiece on December 13 and Sky Sports Racing will have all the action live with the main events being run at 5.45, 7.05 and 8.10 GMT.

A ten-year sample shows that 21 horses who ran on Jockey Club Day went on to HKIR victory, although trial defeat obviously doesn't preclude success on the big day.

In fact, 15 horses beaten on this card have stepped forward to succeed over the last decade. Still, connections of three strong favourites will be anxious to avoid setbacks in the dress rehearsal and some key questions persist ahead of Sunday's skirmishes.

It's hard to think of any chinks in Golden Sixty's armour as he attempts to become only the fourth horse in Hong Kong history to win ten in a row. 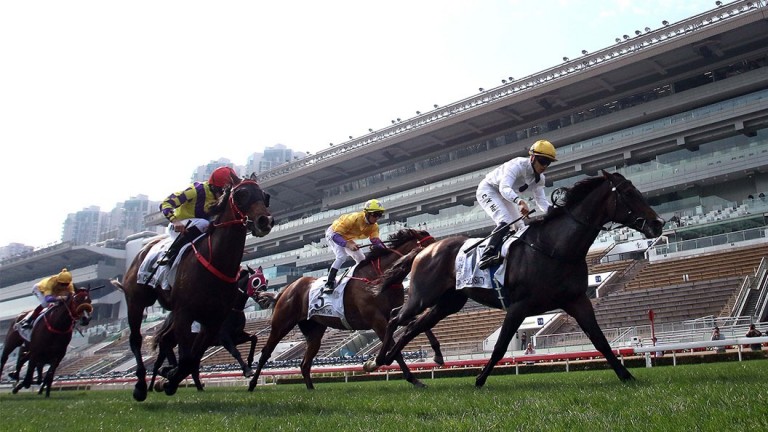 His progress has been relentless and connections are adamant he's becoming more professional and settled with experience.

His ability to unleash a killer burst of finishing speed – often dipping under 22 seconds for the final quarter – has set him apart from the pack for a long time and he'll be a very short price to cement his status as Hong Kong's most exciting horse.

What price will the favourite be and is there an alternative?

Francis Lui's gelding was 1.3 when winning the Sha Tin Trophy last month and will be a similar price or slightly shorter again.

It's clear he has lengths on most of his rivals but Ka Ying Star [formerly Urban Aspect in his Andrew Balding days] shouldn't be underestimated.

Tony Cruz's gelding refused to lie down when Golden Sixty breezed upsides last month, battling on willingly to go down by only half a length.

A 3lb pull makes him the obvious Quinella option and he's no forlorn hope in the win market if the hot favourite becomes pocketed from his inside draw.

Can Hot King Prawn repeat his 2018 success in the Sprint?

Look at it one way and John Size's grey has a huge amount in his favour. He's 6lb and more clear on official ratings and Joao Moreira feels he will be running off a smoother preparation than when second in last year's renewal.

A powerful recent morning trial seems to back up that view, but the odds will be fairly short and the fact that he's lost nine of his last ten – admittedly against the A team for the most part – does hint there is room for a potential improver to test him.

Almost certainly, but whether that's a race to take at face value is a moot point. Wishful Thinker broke a losing run of 13 that day, running one of the fastest times ever seen over 1,200m at Sha Tin, but he clearly relished a ferocious pace and it wouldn't pay to bank on his getting a similar set-up.

By contrast, Computer Patch is almost certainly better than he showed when second to Wishful Thinker [with Hot Kong Prawn a one-paced fourth] as he went off very hard, charging through the first 800m in 45.18s.

This Computer deserves upgrading for the way he battled on when pressed and more patient tactics will make him a live player.

Can Joao Moreira cause another Furore in the Cup

But Exultant didn't lose much in trying to give the winner 11lb, and a 6lb pull and an extra 200m this time are advantages for Zac Purton's mount.

This is a big day for the Aussie, who heads into Sunday on a losing run of 27 and 13 behind Moreira in the title race with a two-meeting ban looming.

But Exultant was 6-6 against Furore before their latest head to head. Those six included a decisive win in this race last year and we could be in for something similar 12 months on.

Is it a straight head to head between the big two?

Ratings suggest it is but the bang-in-form Caspar Fownes runs two who warrant a mention. Dances With Dragon finished third in the Ladies' Purse but is up against it now he's 5lb and 11lb worse off with the first two.

Stablemate Columbus County has upwards of a stone to find with the market leaders if official ratings are a solid guide, but he's unexposed and looks to be improving strongly judged on the way he put some useful Class 2 opposition away at Happy Valley on his reappearance.

Bets can be placed into Hong Kong pools with the Tote, Coral and Ladbrokes. The first race at Sha Tin on Sunday is at 4.45am

FIRST PUBLISHED 2:15PM, NOV 20 2020
Connections of three strong favourites will be anxious to avoid setbacks in the dress rehearsal and some key questions persist