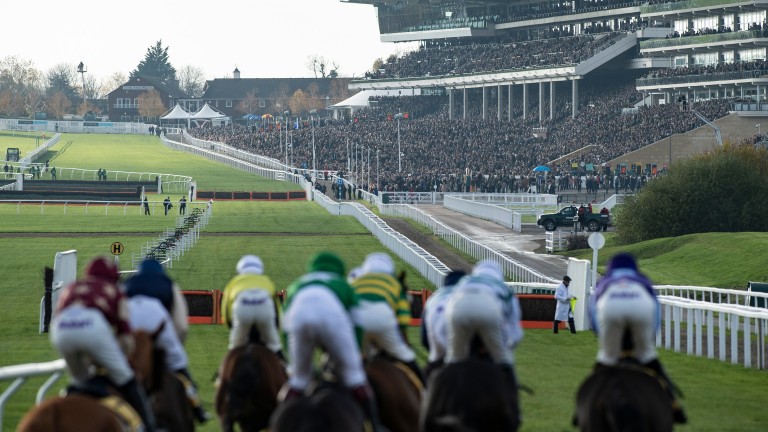 Three of the last four winners of the JCB Trial Hurdle have gone on to win at Grade 1 level, including Allmakind (yellow silks)
Edward Whitaker
1 of 1
By Graeme Rodway and Scott Burton 6:00PM, NOV 13 2020

Paul Nicholls has won this four times in the last ten seasons and the 11-time champion trainer has taken a tried-and-tested route with this year’s representative Hell Red.

The last two Nicholls-trained winners, Far West (2012) and Quel Destin (2018), were successful in a juvenile hurdle at Chepstow’s October meeting and Hell Red was impressive when bolting up by 12 lengths on his British debut at the Welsh venue last month.

Duffle Coat had Cabot Cliffs eight lengths behind when the pair finished first and third in a Listed event at Wetherby last month and the winner has to shoulder a 5lb penalty. Duffle Coat was well on top at the finish that day, though, and is expected to confirm the places. 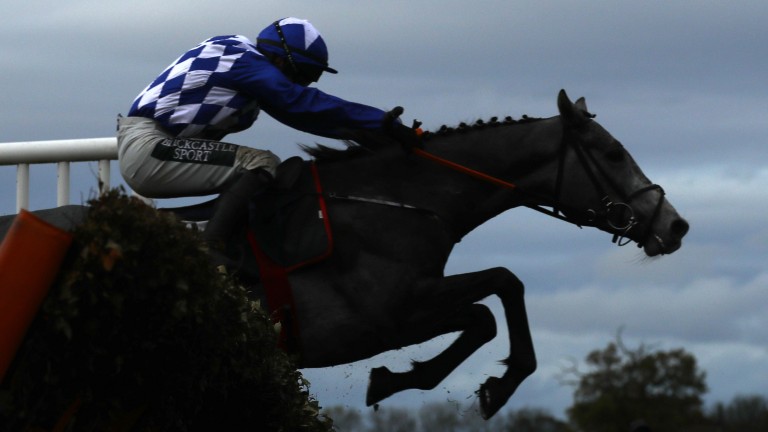 Gordon Elliott does not usually send his juvenile hurdlers to Cheltenham so early in the season – he has not had a runner in this race in the last ten years – but Duffle Coat looked every inch a Triumph Hurdle contender at Wetherby and is likely to head the market if he wins this.

Nigel Hawke, who unearthed Triumph winner Tiger Roll as a juvenile, has enjoyed his fair share of success with three-year-old hurdlers. Hawke has saddled 13 winners from 79 runners (17 per cent) at the age of three over hurdles since the start of 2008 and a £1 bet on all of those would have yielded a tidy profit of £7.38.

The West Country trainer evidently specialises in getting his youngsters jumping from an early age and has already secured two wins this season with Historic Heart, who will not lack for preparation.

Gordon Elliott, trainer of Duffle Coat
He doesn't show us anything at home but he's been very good on the track so far.

David Pipe, trainer of Adagio
He did it nicely at Warwick; it was a very nice performance. He's got to step up, but he handles softer ground and has come out of that race well. 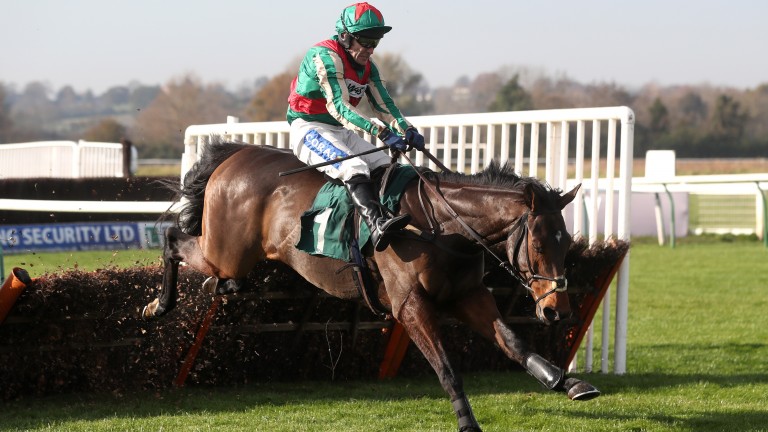 Jane Williams, trainer of Balko Saint
He's a lovely horse who is bred for the job. He didn't really enjoy the soft going at Fontwell but he'll love the ground and I think he'll be happier off a fast pace. We're very bullish. Unfortunately Chester [Williams] is injured at the moment but Ciaran Gethings gave one of mine a really good ride on Thursday.

Dan Skelton, trainer of Cabot Cliffs
Coming out of a standard juvenile hurdle at Uttoxeter you don't really know what to I expect and we learned a lot about him the next time at Wetherby. Duffle Coat has a penalty to carry this time round and Paul's [Hell Red] will be hard to beat but I think he'll run really well.

Paul Nicholls, trainer of Hell Red
He won nicely at Chepstow. We hadn't had him very long, and he’s improved since. He’ll be happier on much slower ground.

Alex Dunn, trainer of Jersey Red
He's improved since his win, while the second won at Bangor this week.

FIRST PUBLISHED 6:00PM, NOV 13 2020
We learned a lot about him at Wetherby and I think he'll run really well