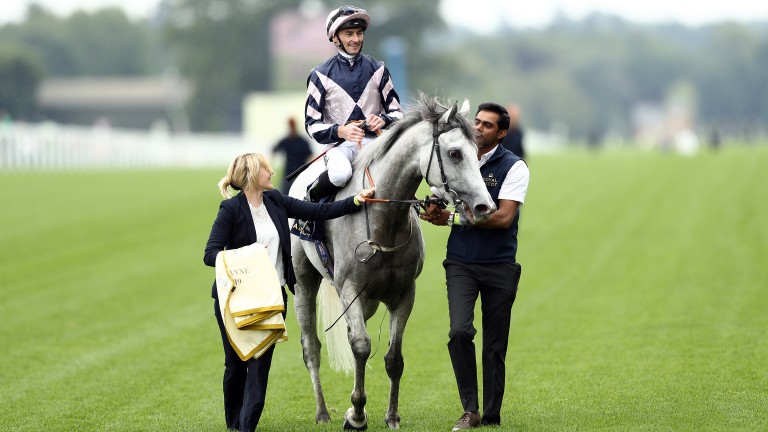 Lord Glitters might have won a Group 1 but Group 3s look his level and he is better served by going for this race, which he won two years ago, rather than the Juddmonte International he contested last season. Like many of David O’Meara’s runners, he acts well at York.

Lord Glitters returned to form in the Group 2 York Stakes last time. He was no match for winner Aspetar, but that rival was a lively outsider for the Juddmonte International on Wednesday before he was ruled out and runner-up Fox Chairman is held in high regard.

However, Lord Glitters is an exposed seven-year-old who is unlikely to be improving and he looks like just the sort of solid horse that might run well but find one or two too good. 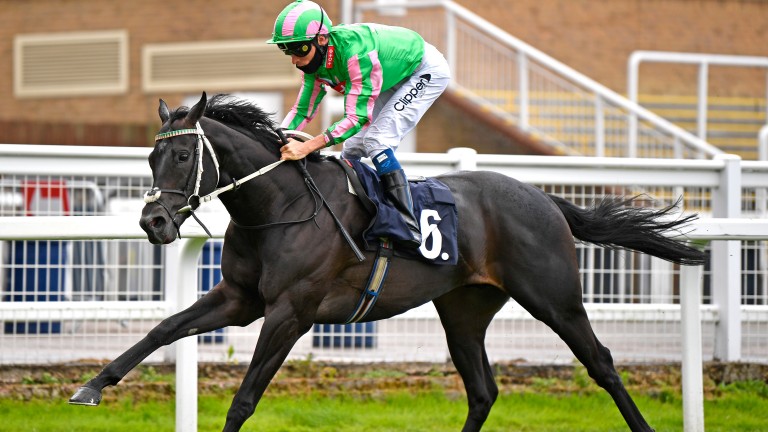 Pogo: Listed success at Windsor on his penultimate start
Pool

Pogo appears to be improving and he followed a wide-margin victory in Listed company at Windsor with a third in the Group 1 Prix d'Ispahan over this trip at Chantilly last time.

He likes York having finished fourth in the Acomb Stakes as a juvenile and won a mile handicap at this meeting last year, when he had the reopposing Dark Vision behind in sixth.

Dark Vision has returned to his best this season and comes here having beat Beringer, who reopposes, in a Listed event over a mile at Pontefract last month. That is the stiffest finish in Britain, so the extra furlong here should suit, but can Dark Vision confirm the places?

Beringer looked unlucky on that occasion as he was hampered by the winner at a crucial stage before finishing well to lose out by a fast-diminishing neck. Dark Vision had race fitness on his side, while Beringer was making his seasonal reappearance.

Beringer might have won with a clear run and is fancied to reverse the places on the same terms now he has a race under his belt. Remember, he was beaten only by subsequent Group 1 winner Lord North when a clear second in the Cambridgeshire at Newmarket last year and that suggests Beringer might be even better suited by returning to nine furlongs.
Race analysis by Graeme Rodway

Alan King, trainer of Beringer
He's been a star and having bumped into Lord North in the Cambridgeshire last year, he made a belated return when a neck behind Dark Vision at Pontefract. He's in real good form, but these Group 3s are very hard to win.

Jack Channon, assistant to Mick Channon, trainer of Certain Lad
He's a little star and keeps improving with every run. He has a bit to find on ratings, but who would bet against him doing that? Conditions should suit, we know the track does and he's in great form. He's got plenty of tactical speed and was running in six-furlong stakes races as a two-year-old and was a miler at the start of last season. He's found improvement over a mile and a quarter, so this trip shouldn't be a problem.

Mark Johnston, trainer of Dark Vision
He was a spectacular two-year-old before losing his way a little bit but he's come back this year and shown his class again, including at Royal Ascot. He won a Listed race at Pontefract last time out and is in tremendous form.

Simon Crisford, co-trainer of Epic Hero
He had a very productive winter in Dubai and after quarantine and so on when he returned, it's just taken a while to get him into top gear again. It looks a particularly salty race to start him back in but he's been in great form and he's ready to go.

David O'Meara, trainer of Lord Glitters
We didn't get him out until last month when he finished fourth behind Mohaather in the Summer Mile at Ascot, where I was very happy with how strongly he ran on. He followed up with a good third in the York Stakes, where he stepped up to ten furlongs and I felt he got the trip well despite the way the race was run. This trip will suit him perfectly.

Roger Varian, trainer of Prince Eiji and Zabeel Prince
They will be well suited to the trip and ground. Zabeel Prince probably needed his comeback run at Leopardstown and he had a very wide passage there. He's training very well and nine furlongs is a good trip for him. Prince Eiji has been in good form all year but looked to not quite get home over ten furlongs and then to only just get going over a sharp mile at Thirsk. This trip should be right up his street.

William Haggas, trainer of Miss O Connor
The ground was much too quick for her at Ascot last time and she'll be better on these conditions, but a drop of rain would suit her well. This trip will be fine on a flat track.

FIRST PUBLISHED 6:00PM, AUG 21 2020
The ground was much too quick for her at Ascot last time and I think she'll be better on these conditions, but a drop of rain would suit her well

'He's by far the best I've ridden' - Royal Patronage primed for Vertem Futurity 'There's no reason why he won't go on' - superstar Baaeed set to race in 2022 Fury and frustration but also an abundance of smiles on a vintage Champions Day Aldaary strikes at Ascot again as Jim Crowley completes 229-1 treble 'He's just a beast' - Baaeed holds off Palace Pier in epic QEII battle Adayar v Mishriff: Graeme Rodway crunches the numbers to reveal who is fastest