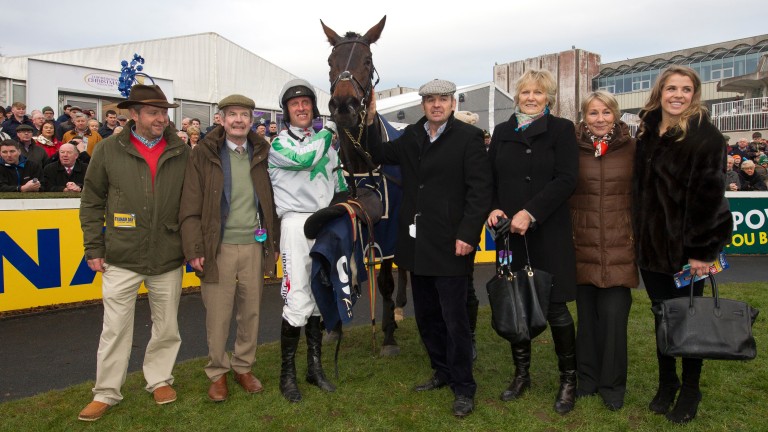 Our Duke, the Grade 1-winning novice chaser who was 10-1 second favourite for the RSA Chase, will not run at the Cheltenham Festival after trainer Jessica Harrington did not enter the seven-year-old in any of the meeting's four Graded novice chases.

"The lads who own him told me they would rather win the 2018 Gold Cup than the 2017 RSA and I can see where they are coming from," said Harrington as she explained the surprise omission.

"It is quite a sensible decision on their part. He just does not have enough experience at the moment and the RSA can be quite a gruelling race.

"He will run in the Grade 1 novice chase at Leopardstown on Irish Gold Cup day next month and might then go for the Ten Up Novice Chase at Navan later in February. He is in great form at the moment and might not go anywhere after Navan if the ground dries up."

Such is the reputation of Racing Post Arkle favourite Altior that Min, the Willie Mullins-trained second favourite, has been given the option of running in the JLT Novices' Chase as the entries for the Graded novice chases were made public on Thursday morning.

The Altior effect was further reflected in just 33 entries being received for the Racing Post Arkle, while 66 were entered in the JLT and 55 in the RSA Chase. The Grade 2 JT McNamara National Hunt Chase attracted 71 entries.

The Mullins-trained pair Listen Dear and Benie Des Dieux, both 20-1 shots for the JLT, were only given entries in the Arkle.

Haydock Grade 2 winner Waiting Patiently, whose price ranged from 16-1 to 20-1 for the RSA, has only been given the options of the Arkle or the JLT, as has Politologue, the horse who chased him home on Saturday.

Milsean, the 2015 Albert Bartlett runner-up, was the 12-1 co-favourite for the four-miler in some books but has not been entered.

Coney Island, who was beaten half a length by Our Duke in last month's Grade 1 Neville Hotels Novice Chase at Leopardstown, was given entries in the JLT and RSA Chase and his trainer Eddie Harty said: "Coney Island had a break after his run at Christmas. He is back now and we are looking forward to March.

"I thought it was a very good run at Leopardstown. He might have been found out by the three miles on the day, but I could not have been happier. I certainly wouldn't swap him for anything.

"I think distances of the JLT and RSA come alike to him to be honest. He has got the pace for two and a half and I think, in the right circumstances, three miles is not a problem either. I am quite happy to go either way.

"It is not like he is a dour stayer or just all speed. He seems to have a bit of both and, because of that, it makes sense to wait until nearer the time before deciding his target.

"Whether he has another run before Cheltenham, I am not sure. We will just play it by ear."