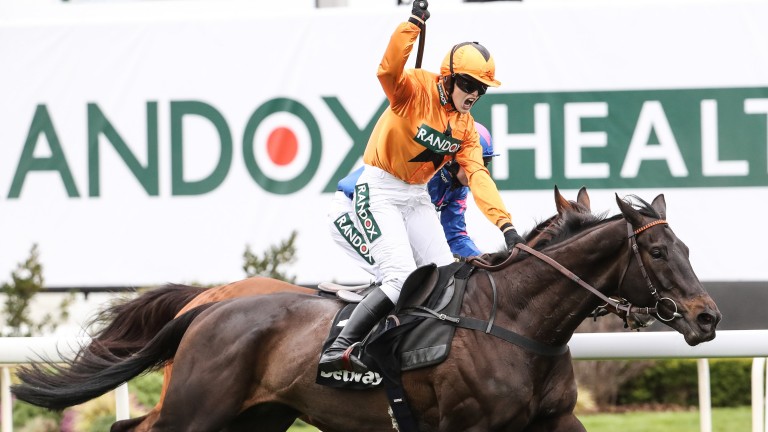 The two-time Grade 1 winner adds the star quality, alongside topweight God's Own, to a 13-strong line-up for the Grade 2 handicap chase.

Tea For Two's trainer Nick Williams said: "He's in good form and the race fits in well with his programme as we'll be looking to go on for the Betfair Chase at Haydock."

Ten-year-olds Third Intention, who beat God's Own into second last year, Smad Place and Devils Bride are the old hands in the contest, while Cloudy Dream and Shantou Village provide the burgeoning talent and head the betting at 4-1 and 6-1 respectively.

At Cheltenham on Saturday, the Paul Nicholls-trained Le Prezien, a general 16-1 chance for next month's BetVictor Gold Cup, starts his campaign in the Randox Health Handicap Chase.

Northern raider Double W's, fifth at Kelso this month, is 4-1 favourite with Paddy Power. Le Prezien is second choice at 5-1, with Some Plan, Sizing Platinum and Foxtail Hill at 7-1.

In the other £50,000 contest, the opening randoxhealth.com Handicap Chase, Cheltenham Festival runner-up Singlefarmpayment is bet365's favourite at 4-1 ahead of Doing Fine (13-2) and Southfield Vic (8-1).

Read exclusive previews for Cheltenham and Aintree over the weekend on racingpost.com

FIRST PUBLISHED 12:14PM, OCT 27 2017
The race fits in well with his programme as we'll be looking to go on for the Betfair Chase