Goshen found to have irregular heartbeat after Cheltenham disappointment 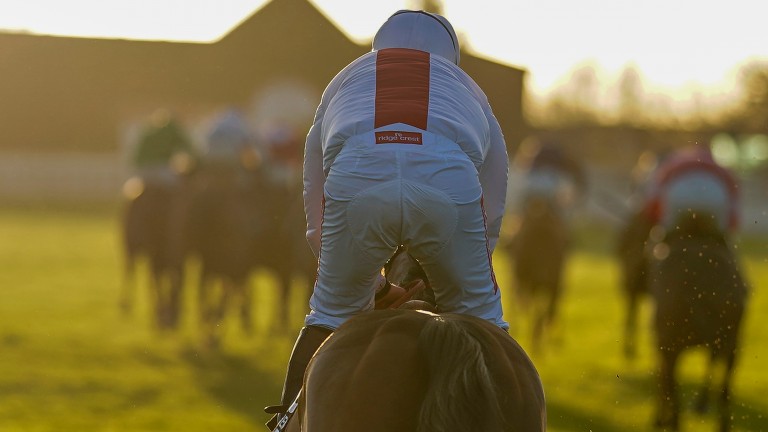 Gary Moore still believes Goshen can trouble the best after revealing a fibrillating heart was the reason for his lacklustre return to hurdles at Cheltenham on Saturday in the Grade 2 International Hurdle.

Moore will not know the full implications for his stable star's season until he has seen a specialist, but ruled out Goshen's next intended start - the Grade 1 Christmas Hurdle at Kempton on December 26 - as it will come too soon.

The trainer said on Sunday "It was disappointing but he had a fibrillating heart. I don't know what it means for him right now, we're going to have to get a specialist in to check him out and see what it's all about.

"We'll take it from there, he seems fine this morning and you wouldn't know he'd had a problem, which is encouraging and I don't see it as a massive disaster.

"There are very few races for him anyway, the obvious one was the Christmas Hurdle but that's going to come too soon, so I'm not sure when he'll run next.

"We'll get him fit and firing first and foremost and then see where we are. The season's backloaded for horses like him with Cheltenham, Aintree and Punchestown, so there's a long way to go."

Goshen was sent off 6-4 favourite for the International, with Moore saying in the build-up he had to win if he was to be considered a Champion Hurdle horse.

He led over the last - usually the second-last but the final flight of hurdles was omitted due to low sun - but was soon swamped by the field and eased down by Jamie Moore to finish last of ten, beaten 29 lengths.

The likes of Denman, Sprinter Sacre and Paisley Park have suffered from a fibrillating heart in recent seasons and returned to competitive action, with Denman claiming a second Hennessy and Sprinter Sacre a second Champion Chase.

When Goshen does return, Moore revealed they will revert to the tactics that were so successful last season.

He added: "In all the disappointment we learned to let him use his stride and not to restrain him.

"I think he gets claustrophobic and doesn't want to be amongst horses - he doesn't like being crowded. We tried to hold him up and it was the complete wrong thing to do."

What is a fibrillating heart?

Atrial fibrillation is, in effect, the cause behind an irregular heartbeat and one of the most common rhythm disturbances in a horse. Atrial fibrillation means the atria contraction does not occur as normal during the cycle and can result in ten per cent less blood entering the ventricles to circulate the body. This results in a reduction in cardiac output.

The Newmarket Equine Hospital cites the large size of a horse's heart and their parasympathetic tone as reasons they are predisposed to the issue, and suggests the administration of a drug called quinidine sulphate or electrical cardioversion as methods of treatment.

A Champion Hurdle hope and classy juveniles: how Saturday affected the ante-post markets

Saturday reaction: 'My instinct is he's not a Grade 1 performer - yet'

FIRST PUBLISHED 11:42AM, DEC 13 2020
I don't know what it means for him right now, we're going to have to get a specialist in to check him out and see what it's all about