Talk of the Tracks FRANCE 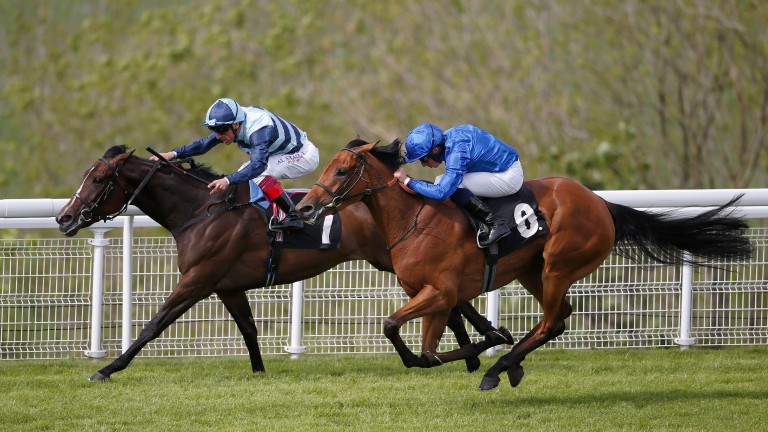 The Black Princess (chevrons) leading Skiffle at Goodwood in May
Alan Crowhurst
1 of 1
By Scott Burton 5:36PM, NOV 8 2016

The Black Princess overhauled the highly-tried Maquette in the Prix Solitude at Saint-Cloud on Tuesday to land her first Listed success for John Gosden.

Ridden by Christophe Soumillon in the colours of Robin Geffen, the imposing daughter of Iffraaj had not been seen since finishing third to Even Song in the Ribblesdale at Ascot in June.

This was just her fifth start and Geffen's representative Peter Gibson said: "John Gosden wanted black type for her and Mr Geffen was really keen to send her here so we're delighted.

"She was really fresh today beforehand and the ground was right, similar to when she was third at Ascot in the Ribblesdale. Christophe said it was a bit dead out there but they have found a better strip to run up."

Earlier, Blossomtime had run out a clear winner of the Listed Prix Isola Bella for Alex Pantall and Godolphin.

Pantall said: "She pulled a bit too hard last time and struggled to finish off her race, but here she settled well in behind and showed a nice turn of foot. It's just a shame there are no more races for her."

FIRST PUBLISHED 5:23PM, NOV 8 2016
She was really fresh today beforehand and the ground was right, similar to when she was third at Ascot in the Ribblesdale