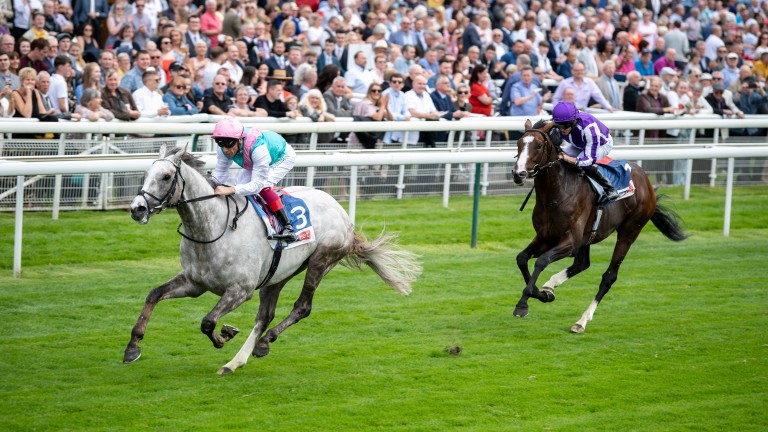 Logician is tailor-made for the William Hill St Leger, according to John Gosden, and punters do not disagree as support on Monday hardened for the hot favourite to give Frankie Dettori a 15th Group 1 winner of the season on Saturday.

The unbeaten son of Frankel was supported into a top-priced 11-10 (from 6-4) on Monday for the final Classic of the season at Doncaster where Gosden expects the long straight to play to his strengths.

The champion trainer earmarked Logician for the Leger after a winning debut at Newbury in May and an impressive victory in the Great Voltigeur Stakes at York last month cemented that view.

But Gosden, who will be bidding for a fifth success in the St Leger but a first since 2011, warned there was more depth this year than might be imagined with a maximum of ten rivals, six of whom are trained by Aidan O'Brien.

He said: "Logician has been in great form since York. He is a very relaxed character and he has a lovely big, long, loping stride. I thought in May this might be a Leger horse. He has come a long way in a short time. The nice long straight at Doncaster should suit him well.

"But it will not just be Aidan and our one horse. There are other horses in play and I’ve mentioned one that won at Goodwood [Sir Ron Priestley]. The race has more depth to the field than people are making out." 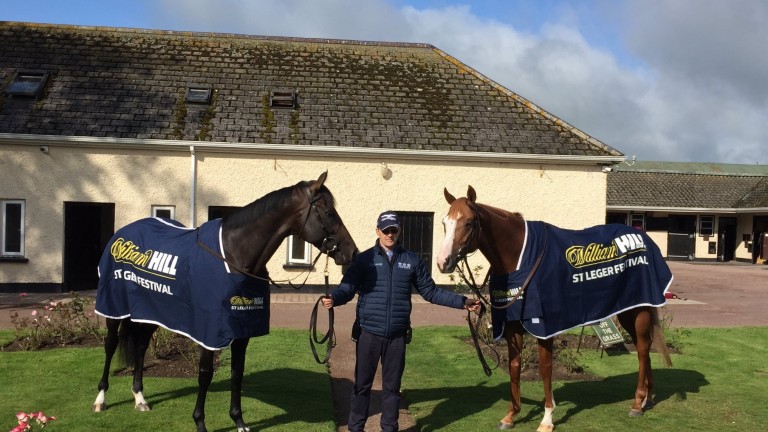 Aidan O'Brien poses with St Leger candidates Sir Dragonet (left) and Il Paradiso
Tom Collins
Sponsors William Hill on Monday went evens about the Khalid Abdullah-owned Logician, a stance echoed by rivals Ladbrokes, whose head of PR Nicola McGeady said: "Although Aidan O’Brien has six of the 11 entries, it is Logician who we are running scared of. Ever since winning the Great Voltigeur Stakes, support for him has been constant."

Sir Dragonet, winner of the Chester Vase, is 3-1 with the sponsors ahead of 6-1 chance Il Paradiso

O'Brien, who also has Barbados, Norway, South Pacific and Western Australia still in the race, told William Hill: "We're very happy with Sir Dragonet. He had a break after the Derby and then the plan was to go to the Curragh, then maybe we would look at the Arc after that run.

"Il Paradiso stays very well and that's why we ran him at York. We thought he was worth taking a chance and he ran a very respectable race. It was a good run for a three-year-old. He looks like a horse who will get the Gold Cup trip in time and has plenty of stamina.

"But I think he'll be happy enough dropping to this trip. He doesn't mind being ridden forward and we'll ride him like we're sure he stays." 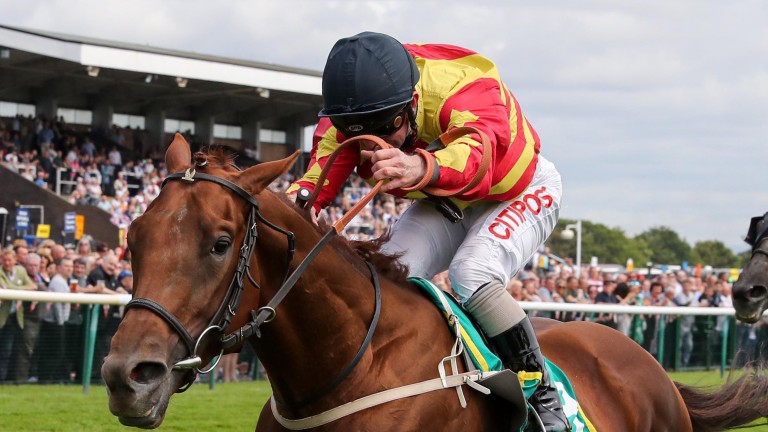 Sir Ron Priestley, Technician, Dashing Willoughby and Nayef Road are all still engaged in the race, the highlight of the four-day St Leger festival which is set to begin on good to firm ground on Wednesday.

Clerk of the course Roderick Duncan said: "We have declared on good to firm, and as of Monday morning we have had up to 2mm of rainfall, which was forecast.

"There is a risk of showers on Tuesday night and running into Wednesday morning, but after that we have a predominantly dry forecast for the rest of the week. I think we're going to need a fair amount of rain to make any significant difference to the ground."

King Of Change could reappear for the first time since finishing runner-up in the 2,000 Guineas in the Hird Rail Group Park Stakes at Doncaster on Saturday.

The three-year-old was one of nine confirmations for the Group 2 contest over seven furlongs, and trainer Richard Hannon was expected to decide on his participation after a piece of work on Tuesday.

Hannon had previously identified the Queen Elizabeth II Stakes at Champions Day on October 19 as the primary target for King Of Change, who defied market expectations to finish second to Magna Grecia at 66-1 at Newmarket.

Hannon has left star juveniles Threat and Mums Tipple in the Pommery Champagne Stakes, which was won last year by champion two-year-old Too Darn Hot, but both York winners have other options, including the Dubai Duty Free Mill Reef Stakes and the Juddmonte Middle Park Stakes.

Aidan O'Brien is responsible for ten of the 18 confirmations but has the National Stakes to consider the following day at the Curragh.

FIRST PUBLISHED 2:55PM, SEP 9 2019
He is a very relaxed character and he has a lovely big long loping stride