Racing's Back! BEST OF THE REST 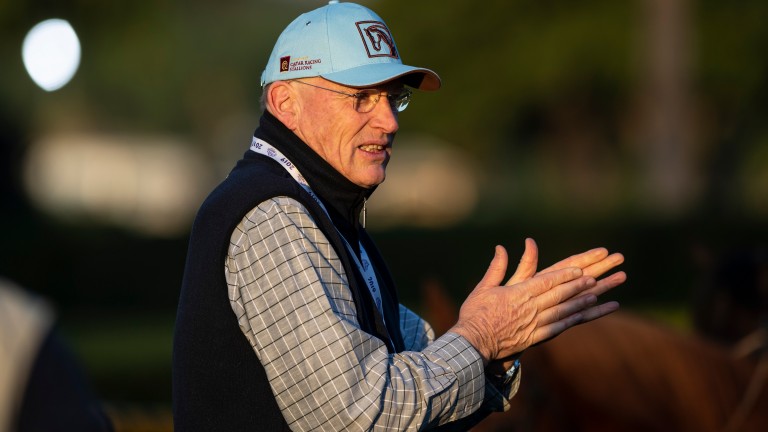 John Gosden: ready for the return of racing with three runners at Newcastle on Monday
Edward Whitaker (racingpost.com/photos)
1 of 1
By James Stevens 6:00PM, MAY 31 2020

John Gosden will begin the defence of his British trainers' title at the familiar setting of Newcastle, the venue used as the launchpad for the first wins for stable stars Enable and Stradivarius.

His three runners may be quite a long way off that level at the moment but they warrant plenty of respect, most notably the Anthony Oppenheimer-owned Frankly Darling in the first division of the maiden stakes (5.40).

Related to useful performers Our Obsession and First In Line, she showed a lot of promise when a one-length second at Yarmouth in October.

Gosden said: "It's nice to be back racing but let's be clear, many of mine will benefit from the run both mentally and physically.

"Frankly Darling ran with promise on her sole start as a two-year-old. It'll be nice to get a race into her and she's pleased us at home but these maidens are going to be tough to win – you could easily run into a Group horse, which never was the case before in June."

Gosden is also represented by Good Tidings in the Betway Handicap (5.05) and Byzantine Empire in the second division of the maiden stakes (6.15).

"Byzantine Empire goes in the second division and he had excuses for his last run as he came back with an ulcer under his jaw," Gosden added. "He ran well on his first start and we expect him to be suited by the galloping nature of the track."

Easterby ace Art Power out to build on York romp

The exciting Art Power will look to book his ticket to Royal Ascot as he heads a high-quality line-up in division two of the Betway Novice Stakes (2.45).

The Tim Easterby-trained three-year-old finished last year by storming to a five-length win at York and connections have the Commonwealth Cup and Palace of Holyroodhouse Handicap, the new five-furlong handicap, as options at Royal Ascot later this month.

William Easterby, assistant to his father, said: "He's an exciting horse, he's done everything well at home and it'll be good to learn a bit more about him.

"We hope he can go far and we'll take it as it comes. There's talk of the Commonwealth and Dad's mentioned the five-furlong handicap at Ascot but we'll see how Monday goes." 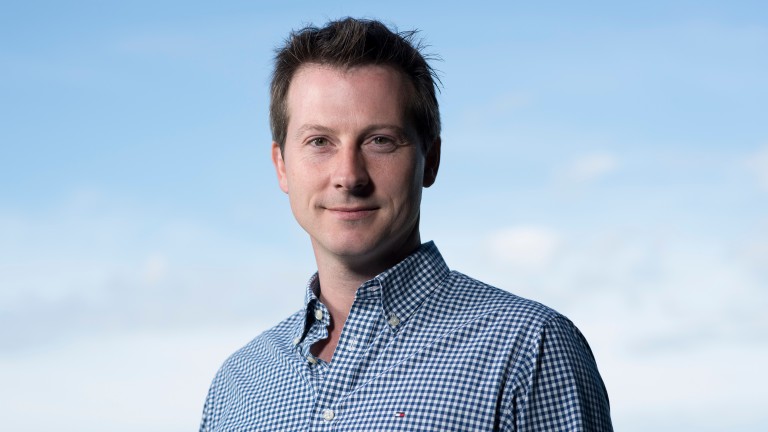 Art Power's big rival on Monday is the James Tate runner Magical Journey, second in a Listed event at Newmarket on her last start.

Tate said: "I thought she was unlucky at Newmarket, she ran very well. If she can repeat that I'd like to think she'd be hard to beat."

The eyes of the bloodstock world will be on Luck On Sunday, named after the Racing TV show, with the €2,000,000 yearling purchase making her debut in the finale (6.15).

Trainer John Quinn said of the full-sister to Alice Springs: "She's a nice filly but has been a bit slow to come to hand. We've been happy with her in the last six weeks. She's fit and well and I feel she'll run a good race but the experience won't be lost on her."

Racing's back and so are we! What you can expect in Monday's bumper Racing Post

Bookies predict monstrous turnover at Newcastle on a manic Monday

FIRST PUBLISHED 6:00PM, MAY 31 2020
It'll be nice to get a race into her and she's pleased us at home but these maidens are going to be tough to win

Hansen makes lengthy trip to win on agent Shelley Dwyer's Trinity Girl Strong start for the north but Newmarket Red end Racing League day one on top 'It would mean a huge amount' - Charlie Hills hoping for high-five with Battaash Racing League tips: race-by-race guide to the first meeting at Newcastle tonight Nasty incident for Hart as jockey is stood down after being kicked by his mount English tracks prepared for return of bumper crowds after easing of restrictions