Gosden: Mehdaayih will be supplemented for the Oaks 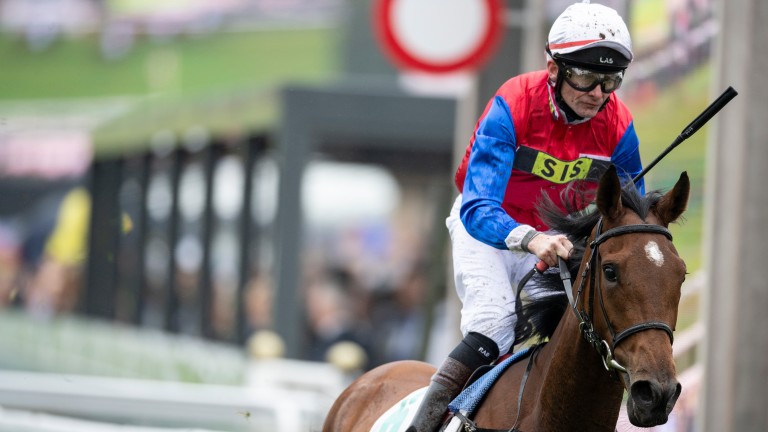 Mehdaayih: impressive Chester winner will be supplemented for the Oaks
Edward Whitaker
1 of 1
By James Stevens UPDATED 4:12PM, MAY 21 2019

Mehdaayih, will be supplemented for the Investec Oaks at Epsom next Friday, trainer John Gosden announced on Tuesday.

The daughter of Frankel jumped to the head of the Oaks market after an impressive success in the Cheshire edition and is the 5-2 favourite.

She will be supplemented at a cost of £30,000 and will be joined at Epsom by stablemate Anapurna, who won the Lingfield Oaks Trial last time.

Gosden said: "The plan is to supplement Mehdaayih – the owner is keen and we are too. Anapurna has come out of Lingfield in great order and has been left in the Oaks. 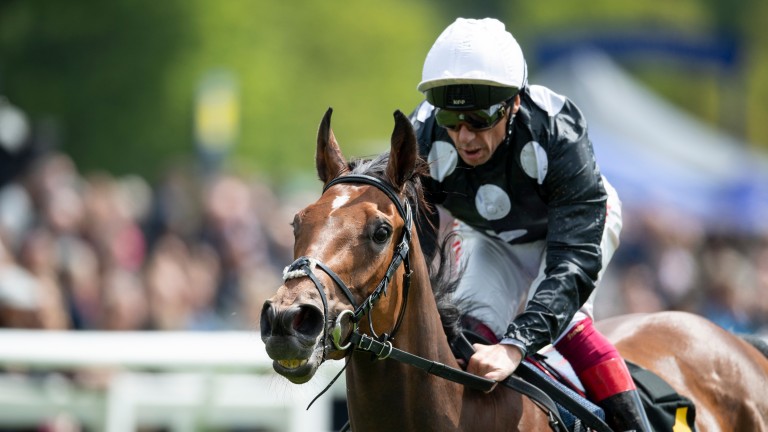 "They are both athletic and light on their feet so should handle the track but in the heat of the race they have to be on the right lead and you never know.

"I couldn't be happier with both of them and Rab [Robert] Havlin will ride the one Frankie [Dettori] doesn't. We have two realistic chances in the race and I think the betting indicates who is our best."

Dettori has not made a decision in which filly to partner in his quest for a fifth win in the race, he said: "This time of year horses change a lot. I will ride them this weekend and sit down with John and make a decision. Both won their trials easily and very well. I am open-minded."

Entitle will not be given the chance to emulate her half-sister Enable and win the Oaks, with Gosden deciding to take her to Royal Ascot for the Ribblesdale Stakes instead.

Ralph Beckett confirmed Manuela De Vega would head to the Oaks. She is a general 14-1 chance, having finished second to Mehdaayih at Chester.

"She has done very well since the Cheshire Oaks and I've been pleased with her work," Beckett said. "She worked this morning going six furlongs on the grass at home and everything went to plan and she goes straight to the Oaks.

"We didn't go to Chester expecting to win, we went more in hope as she had a tough spring and we nursed her there so we expect her to be a lot more competitive."

Asked to compare her with his two Oaks winners Look Here (2008) and Talent (2013), Beckett added: "She [Manuela De Vega] is different to them as she was able to win stakes races at two which neither of them were able to do.

"She was more forward and shows more speed than them and I would be confident she will handle Epsom as she organises herself so well although she's only had three starts. The question is whether she is good enough."