Gosden thanks owners and staff after being made OBE 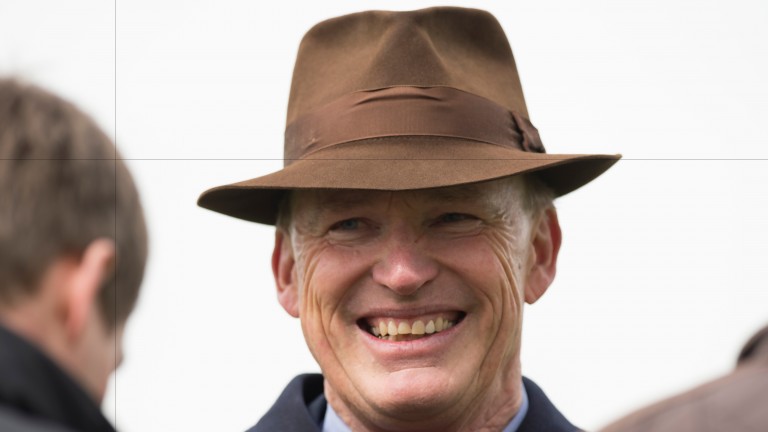 John Gosden has paid tribute to his owners, breeders and staff in his first public comment since being made an OBE in the New Year's honours list last weekend.

Speaking exclusively to the Racing Post, the two-time champion trainer, who was recognised for his services to horseracing and training, took time out from a family skiing holiday to thank those who helped make the honour possible.

The 65-year-old said: "This award would not have come without the support of owners and breeders in Europe, America and worldwide who have been kind enough to support me and entrust me with their horses to train."

Gosden has won over 3,000 races around the world including eight British Classics since embarking on a training career with just three horses in California in 1979. Since then he has won over 100 Group 1 races worldwide including the Breeders Cup Classic, Prix de l'Arc de Triomphe, King George VI & Queen Elizabeth Stakes, Dubai Sheema Classic.

Since commencing his second spell in Newmarket in 2006 when he moved to Clarehaven Stables, Gosden's career has taken off and resulted in him winning the British trainers' crown for the first time in 2012 and then again in 2015. More recently, he finished runner-up to Aidan O'Brien in 2016.

Much of Gosden's success over the years has come from the backing of loyal owner-breeders such as George Strawbridge, Lady Bamford, Lord Lloyd-Webber, the Maktoum family, Khalid Abdullah, Cheveley Park Stud and Anthony Oppenheimer, the owner of 2015 Derby winner Golden Horn.

The trainer added: "This award would have not come to be without the wonderful people who have worked with me and for me down all the years. I'm especially grateful to them all and to the many horses, of various abilities, which I have been fortunate enough to train during my career. I would like to thank them all."

FIRST PUBLISHED 12:17PM, JAN 2 2017
This award would not have come to be without the support of owners and breeders in Europe, America and worldwide who have been kind enough to support me