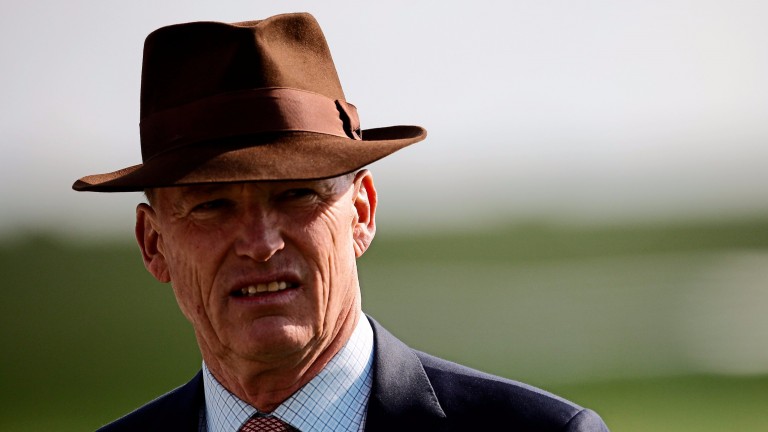 John Gosden has been made an OBE in the New Year honours list for services to horseracing and training.

The Newmarket trainer, who has twice been Britain's champion Flat trainer, has trained over 3,000 winners including the Derby twice and St Leger four times among eight British Classic triumphs.

He is among a small group of racing figures whose contributions to the sport have been recognised by honours. Among them is Sam Morshead, the former jump jockey and racecourse manager at Perth, who has been made an MBE for services to racing and charity.

Morshead, who retired last year after more than 25 years at the helm at Perth, said: "I am overjoyed and just so excited. It is a fantastic honour and I am truly humbled by it all.

"However, I do know that this honour is not all mine and it must be shared with my chairman at Perth, David Whitaker, who sadly is not with us but will be enjoying this from above, and my simply brilliant team at Perth racecourse. Without their wonderful support over the years I would have achieved very little."

The charitable work of former rider and trainer Rhona Elliott has also been recognised by an MBE for services to horseracing and charitable services to people with multiple sclerosis in the Scottish Borders.

Elliott, who is an MS sufferer, is the inspiration behind the MS Borders Racing Club, which was set up to help raise awareness of the condition. The club, which has 40 members, has three horses in training, two with Nicky Richards and one with Iain Jardine.

"I can't believe it," she said. "I am a little bit embarrassed about it. I don't feel I am really worthy of it."

Elliott trained for nine seasons but had to give up when it became too difficult to continue while suffering MS, which she had kept secret from everyone but her husband Peter.

"I was an amateur jockey and then trainer. I had done most things with horses," she said. "I wanted to try to do something positive out of something very unpositive.

"A lot of people joined to begin with because they were flabbergasted about the news I had MS, which I kept secret for 12 years. I was having difficulty walking so had to let everybody know. I trained them myself to begin with but the illness got so bad I couldn't train.

"I think we were one of the first charity syndicates in Scotland and it has helped improve the awareness of the condition, but there is still no full treatment."

Elliott, who is confined to a wheelchair, added: "I have also tried to highlight the fact that racecourses are so good for disabled people. Wherever we have been everyone has been so helpful and supportive."

Also made an MBE is Tim Adams, chairman of the Leger Legends committee and a trustee of the Northern Racing College.

FIRST PUBLISHED 12:17PM, DEC 31 2016
I am overjoyed and just so excited. It is a fantastic honour and I am truly humbled by it all