'I'm over the moon' – Gordon gets fancied Ascot ride for Gosden 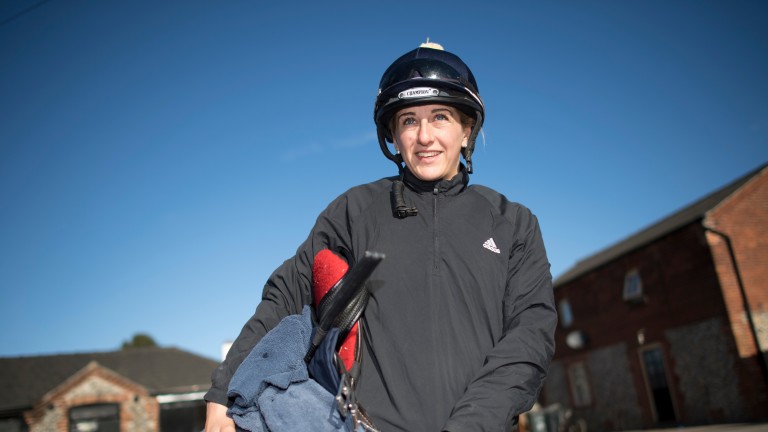 Josephine Gordon is "over the moon" having been handed the plum ride on market leader Gymnaste in the Listed Sandringham Handicap at Royal Ascot on Wednesday.

Only one woman has ever ridden a winner at the royal meeting, Gay Kelleway, whose victory on Sprowston Boy came in the 1987 Queen Alexandra Stakes.

Last year's champion apprentice Gordon is looking forward to riding at the royal meeting for the first time after missing the five-day bash a year ago to ride at the lesser meetings in pursuit of her title.

Gordon can look forward to a number of high-profile mounts, not least John Gosden's Chester maiden winner Gymnaste, who caught the eye when an unlucky second at Kempton last time and is 7-1 clear favourite for the Sandringham.

Gordon comes in for the ride as the filly is set to carry 8st 6lb, which is too light for stable jockey Frankie Dettori.

'Winning would be brilliant'

She said: "I'm over the moon to be asked to ride Gymnaste by Mr Gosden and I'm very much looking forward to the ride.

"To even get a ride at Royal Ascot is very nice, and winning would be brilliant. I think I would be in shock if it came off."

Gosden said: "Frankie can't do the weight on Gymnaste so we've booked Josephine Gordon who rides very well. Hopefully the pair will gel well together."

Other high-profile mounts Gordon can look forward to at Ascot include Just An Idea for Harry Dunlop in the Group 3 Jersey Stakes, also on Wednesday, and Via Serendipity for her boss Hugo Palmer in Thursday's Britannia Handicap.

FIRST PUBLISHED 6:24PM, JUN 16 2017
To even get a ride at Royal Ascot is very nice and winning would be brilliant