Gosden: Epsom favourite Too Darn Hot may not be a Derby horse 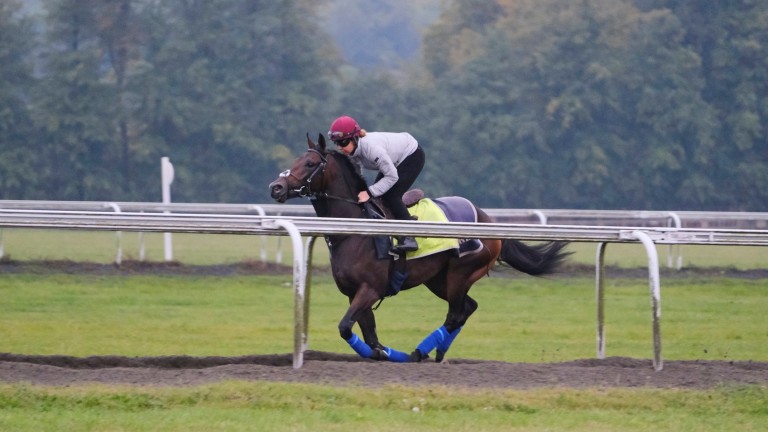 John Gosden has cast doubts on whether his unbeaten juvenile Too Darn Hot, who heads the betting for the 2019 Investec Derby, will stay the mile and a half of the Epsom Classic.

The three-time winner, who is even-money favourite for the Group 1 Darley Dewhurst Stakes at Newmarket on Saturday week, has already shown he has the stamina for a mile by scoring over that trip on his debut at Sandown in August, but Gosden sees him more as a mile or mile-and-a-quarter horse for next year.

The trainer said: "Too Darn Hot is a lot like his sister So Mi Dar, who was best at a mile and a quarter and should have won the Prix de l'Opera a couple of years ago. She had a great turn of foot, just like he has.

"He has won over a mile already, and a mile and a quarter should not be a problem, but beyond that I don't know."

He added: "He's more precocious than many in the family and couldn't go to the sales as he sustained an issue as a foal, but he's been fine physically since we've had him, touch wood."

Since his seven-length maiden win Too Darn Hot has twice followed up back at seven furlongs in the Group 3 Solario Stakes at Sandown and Group 2 Champagne Stakes at Doncaster.

In a messy race, Too Darn Hot came from off the pace to defeat Phoenix Of Spain at Doncaster, form that has since been boosted by fifth-placed Bye Bye Hong Kong, who finished a close second in the Group 3 Tattersalls Stakes at Newmarket last week.

Owned by Andrew Lloyd Webber, the juvenile looked in top order when shown to the media at a Newmarket racecourse event on Friday morning and is a general 7-2 favourite for next year's Qipco 2,000 Guineas and 5-1 market leader for the Derby.

More immediately, Too Darn Hot has the Dewhurst in his sights, a seven-furlong contest which is the highlight of Future Champions Day on the Rowley Mile next Saturday.

Gosden said: "The Dewhurst is the definitive two-year-old test for colts and once again it will decide who is crowned champion two-year-old.

"Too Darn Hot did well at Doncaster considering he was following a horse who wasn't right in himself [Dark Vision] and he got a long way back. Thankfully, he quickened up well to get out of it and he's come out of that in good order.

"We are looking forward to the race and hopefully it will be good ground so it's fair to everyone. Win, lose or draw he won't be going to the Breeders' Cup but will instead be put away for the 2,000 Guineas."

He added: "Cracksman and possibly Roaring Lion could go for the Champion Stakes, while the latter has the option of the QEII, where we could run Without Parole.

"Coronet and Lah Ti Dar are in the fillies' and mares' race while Stradivarius is on track for the Long Distance Cup."

FIRST PUBLISHED 12:34PM, OCT 5 2018
He has won over a mile already, and a mile and a quarter should not be a problem, but beyond that I don't know

Coolmore cheerleader Robbie Wilders picks his Tote Ten To Follow 'Two metres! Everybody, two metres!' How racing is adapting to a different world Royal Ascot calling for smart filly Nazeef after Snowdrop success Get off to a flying start with Battaash - Rod Street selects his Ten To Follow 'All I wanted to do was finish my day, get in the shower and punch the wall' Oaks mover Frankly Darling lights up Britain's first fixture after shutdown