Shutter Speed: "She won the Musidora despite the ground. She's been doing everything right at home since"
Martin Lynch
1 of 1
By Scott Burton 6:00PM, JUN 17 2017

It may be one of France’s most glittering occasions but the star attractions on Chantilly’s big day are undoubtedly trained in Tipperary and Newmarket, with Coolmore’s dual Classic runner-up Rhododendron pitched against the unbeaten Shutter Speed, who in common with many of her stablemates in recent times has been handed a tricky outside draw.

In John Gosden’s annus mirabilis of 2015 both Star Of Seville in this race and Golden Horn in the Arc were guided to victory by Frankie Dettori from unpromising high stall numbers, while Taghrooda and Gregorian had their challenges for major French honours undone in similar circumstances.

Shutter Speed is unbeaten in three starts and took the notable scalp of stablemate and subsequent Oaks winner Enable at Newbury in April, before battling the elements successfully on unsuitably soft ground in the Musidora at York last month.

Having been a tad unlucky in the 1,000 Guineas behind stablemate Winter, she then appeared to empty on Ryan Moore behind Enable at Epsom in an Oaks played out in a thunderstorm.

Moore clearly retains plenty of faith in Rhododendron, having played one of his two disciplinary jokers for the year in order to delay the first date of a two-day ban in order to take the ride.

Terrakova carries the majority of French hopes, both on the evidence of her two wins and as a daughter of Galileo and trainer Freddy Head’s legendary mare Goldikova.

Terrakova certainly fits the profile for trends followers in a race in which 11 of the last 14 winners have been unbeaten and trained in France. 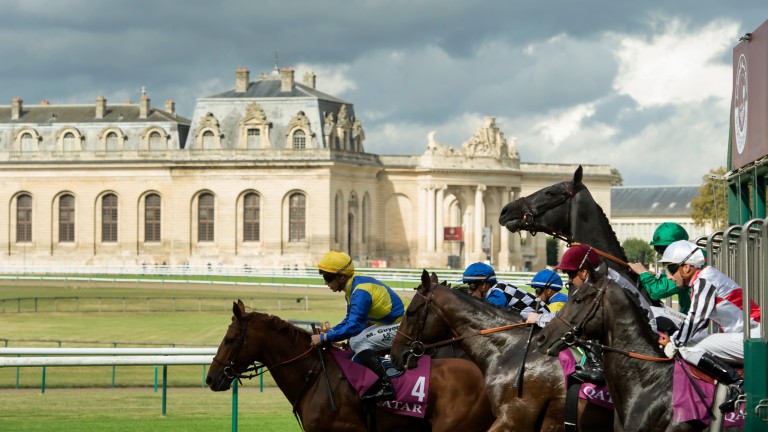 An outside draw on fast ground has proved difficult to overcome in the Jockey Club and the Diane
Edward Whitaker
Since 2005 – when the Prix du Jockey Club was shortened to the same distance as the Diane – there have been 21 Classics run at Chantilly that attracted a field of 12 or more. In that time only one Diane winner (Frankie Dettori on Star Of Seville) and four Jockey Club heroes have been drawn in stall 11 or higher. Dettori must cope again with a wide berth (14) on Shutter Speed.

John Gosden, trainer of Shutter Speed
She's got the outside draw but we were expecting it! I'll leave it up to Frankie, there will be no premeditated plans to counter the draw. She won the Musidora despite the ground but didn't really fly out of the race because it was a demanding surface. She's been doing everything right at home since and we're looking forward to it.

Pia Brandt, trainer of Normandie
She had a hold-up in March, so wasn’t 100 per cent for her comeback in the Prix Finlande. I’m not approaching the race with maximum confidence but her preparation since that comeback run has gone well and I think she'll run well.

Pascal Bary, trainer of Monroe Bay and Senga
Monroe Bay is in good form and loves Chantilly. I'm optimistic about both her and Senga.

Alan Cooper, racing manager to the Niarchos family, owners of Senga
The immediate thought after the Sandringham was she needs to step up in trip. The obvious place to try that is the Diane and she's a filly who finishes her races off very well. Her style of running suggests she'll stay, though on pedigree it's not obvious.

Andre Fabre, trainer of Kitesurf
She came out of the Royaumont in much better form than expected. She showed that day she handles good ground and the track at Chantilly. It's a wide-open race and she deserves to take her chance.

Jean-Claude Rouget, trainer of Onthemoonagain
I've always liked her and this is her ideal trip. She wasn’t really flourishing earlier on, which is why I ran her at Toulouse, where she won well. It’s a bit of a gamble but after the top two or three it's very open.

Alain Couetil, trainer of Yellow Storm
She put on a very good display last time and clearly loved the step up in trip. She'll like the fast ground and worked really well with Tiberian and my other good older horses. Maryline Eon is a very good rider and has very good hands. The filly can be a bit free and you have to know how to get her to settle. 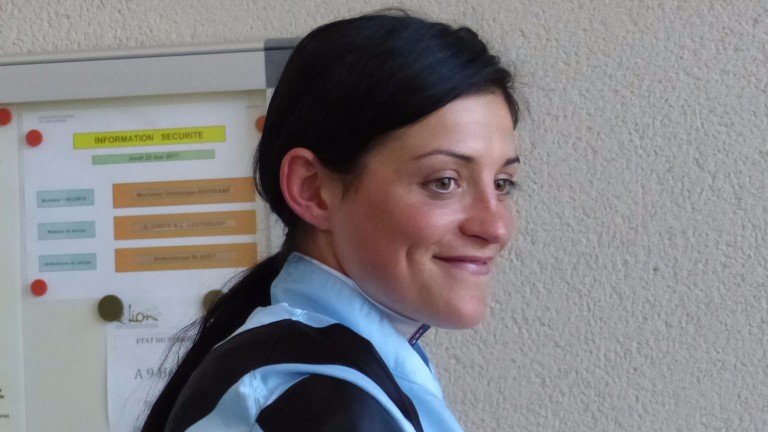 Fabrice Chappet, trainer of Vue Fantastique
I'm really happy with her. She took her race in the Saint-Alary very well and her work has pleased me since. She's among the best fillies in France at the trip.

Aidan O’Brien, trainer of Rhododendron
We haven't done much with her since Epsom but she seems in good form. We're happy with her and we think dropping back in trip won't be a problem.

Philippe Sogorb, trainer of Panthelia
I think she's matured and is physically better than before the Cleopatre. Things didn’t go right for her in the Listed race at Toulouse and I was happy to put a line through that and head to the Cleopatre, where she proved her worth.

Satoshi Kobayashi, trainer of Turf Laurel
In an ideal world she'd have run earlier and would have had more than three weeks between races, but I didn’t have any choice. She ran okay in the Finlande considering they didn’t go that fast and she pulled very hard. I was happy with the way she picked up in the straight before understandably getting tired.

Freddy Head, trainer of Terrakova
She's very well and I'm really happy with her, she's in great shape. I think her comeback race did her some good and I believe she's come on for that.

Alex Pantall, trainer of Sistercharlie
She's very well and her training has gone just as planned. She's at her best on firm ground as she has a big stride. She has a real turn of foot and she should adapt to the track without any problem.

FIRST PUBLISHED 6:00PM, JUN 17 2017
She's got the outside draw but we were expecting it! I'll leave it up to Frankie, there will be no premeditated plans to counter the draw