Gosden and Dettori dance to success with improving Hertford 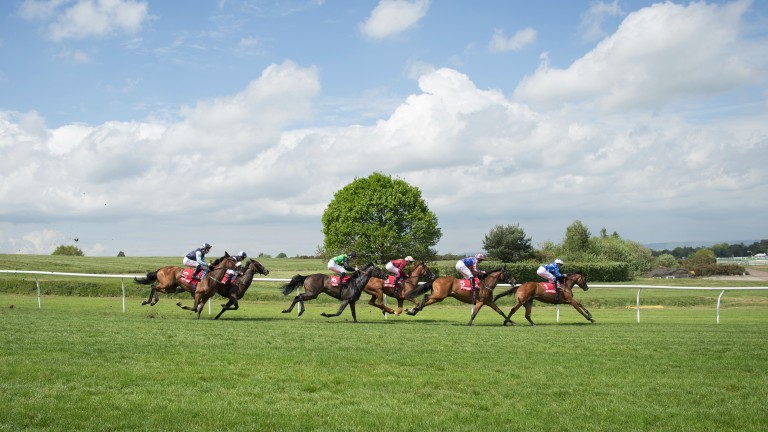 Hertford Dancer (third) races down the hill on the way to Oaks Trial success
Edward Whitaker
1 of 1
By Graham Dench 5:31PM, MAY 13 2017

John Gosden is not averse to exploiting a lenient handicap mark to the full in the right circumstances, but he was only too happy when Hertford Dancer blew a rating of 76 out of the water by winning the Betfred Mobile Oaks Trial.

For this was a Listed race, and the well-heeled owners from London's 5 Hertford Street Racing Club, who are largely new to the sport, were out in force to cheer home the filly as she powered past Aidan O'Brien's Pocketfullofdreams in the final furlong.

There will be no temptation to supplement for the Oaks itself, but that is not to say there will not be more to come. 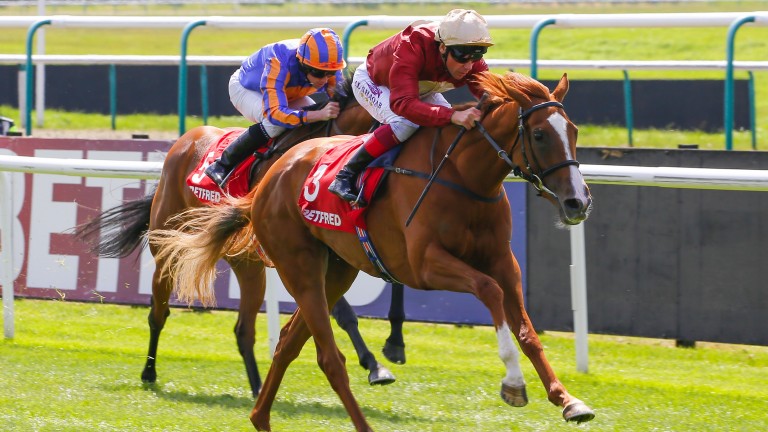 After Frankie Dettori had brought the Nottingham handicap second home a length and a half to the good to break O'Brien's Classic trial stranglehold, Gosden said: "She's very game and she's very honest. We thought she'd be placed, but there were two fillies in the race they liked a lot. Fortunately for us one of them [The Sky Is Blazing] slightly faltered, and the other one gave us a good race.

"I always thought the trip would suit her and she has a heart the size of a lion, but we didn't expect her to win. She ran well at Nottingham, but she just ran out of real estate as they say."

Dismissing Epsom, he said: "You can ask the Club if they will have a whip round for a supplementary fee, but I personally think it wouldn't be the smartest move. It would be rather like giving all of the money away. I don't think it's on the table. We might be a bit more clever than that."

Dettori added: "She improved a lot and the extra distance was tailor-made for her. She wasn't going to win until the final furlong and the further we went the better she was. I was just lucky."

Coolmore UK representative Kevin Buckley said: "Pocketfullofdreams will probably drop back in trip. I think she'd be happier over a mile and a quarter, which she ran over at Navan last time. The extra distance found her out."

Maureen Haggas, on behalf of husband William, trainer of The Sky Is Blazing, said: "She was very green and didn't really handle the track, Pat [Cosgrave] said she came down the hill with one leg in every county.

"It's a long time since her first run and it was all a bit complicated. If we gave her another run she could go for something like the Ribblesdale and eventually get further."

FIRST PUBLISHED 2:08PM, MAY 13 2017
You can ask the Club if they will have a whip round for a supplementary, but I don't think it would be the smartest move