Gordon in line for baptism of fire on Palmer hope 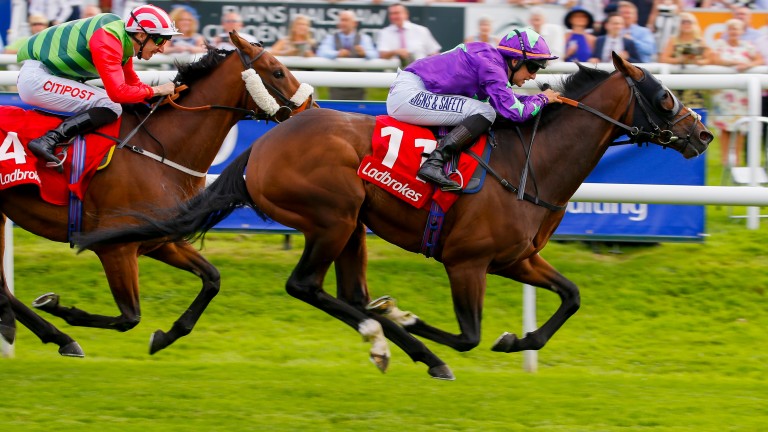 Rising star Josephine Gordon could soon have her first ride in Dubai as she is in the frame to partner Hugo Palmer's World Cup Carnival contender Wall Of Fire at Meydan in March.

Last year's champion apprentice, who has recently cemented her link with Palmer's powerful stable by moving to Newmarket to join the Kremlin Cottage team, received glowing reviews for the way she steered Wall Of Fire to victory in the Mallard Handicap at Doncaster last September.

Surprisingly for a son of Canford Cliffs, Wall Of Fire has proved a revelation since being stepped up in trip and is being targeted at the $1 million Group 2 Dubai Gold Cup at Meydan on World Cup night.

Since his Doncaster success, Wall Of Fire has been bought privately by an Australian party, who no doubt will hope the four-year-old will one day make up into a Melbourne Cup prospect.

Palmer said: "The plan is to take Wall Of Fire to the Dubai Gold Cup, where no doubt the likes of last year's one-two Vazirabad and Big Orange will be lying in wait, but these international races are tough.

"Josephine gave the horse an unbelievable ride at Doncaster and she may well ride him again, but the final decision will rest with the new owners."

Before that, Palmer has the classy Gifted Master booked for an earlier date at Meydan.

He said: "The plan is to take Gifted Master out for the Group 2 Zabeel Mile on February 16. He's wintered well and it looks the right race for him. I don't think he's Josephine's sort of ride so maybe Pat Smullen will take the mount as he won three races on him last year."

FIRST PUBLISHED 10:20AM, JAN 17 2017
Josephine gave the horse an unbelievable ride at Doncaster and she may well ride him again but the final decision will rest with the new owners