Gordon happy to line up against Turner in Silk Series 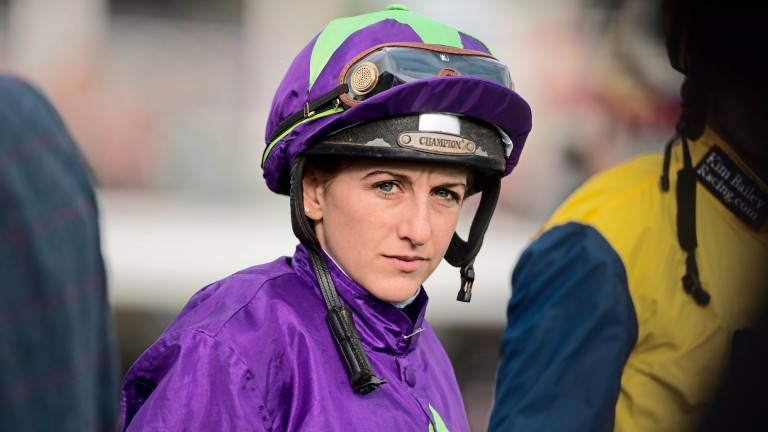 Josephine Gordon has given her backing to weighing room colleague Hayley Turner over her participation in a series of races for female jockeys.

Turner will be having her fourth ride in Britain since coming out of retirement when she gets on board the Paul Cole-trained Mr Pocket in the Silk Series Lady Riders’ Handicap at Windsor on Monday night.

The 34-year-old has been criticised in some quarters for taking part in the nine-race, £100,000 competition for professional and amateur female jockeys, whose conditions favour more experienced riders.

But Gordon, like Turner a former champion apprentice, and who rides Fortitude in the 6f race said: “I think it’s brilliant. Fair play to her. If you get these kind of opportunities you’re not going to turn them down, are you?

“She’s a very good rider and it doesn’t surprise me that people still want to jock her up. It’s a series designed for females, so why not?”

Turner, who retired in 2015, won on the Michael Bell-trained Hart Stopper at Yarmouth on July 19 in the third of the nine races in the series.

Oliver Cole, assistant trainer to Paul Cole, said: “I think it’s great that Hayley’s riding. She’s one of the best female jockeys we’ve seen so surely it must be a positive. She’s riding as well as we’ve seen her.

“I think it’s great for the sport that she keeps making these small comebacks and it’s very positive for women in racing. From where I’m standing it’s got to be a plus that she's riding in this series.”

On the chances of Mr Pocket giving Turner another win he said:  “He’s a lovely, consistent, genuine horse who I think will put in a good performance. I just hope the ground isn’t too soft.”

FIRST PUBLISHED 3:52PM, JUL 30 2017
If you get these kind of opportunities you’re not going to turn them down, are you?