Gordon Elliott's From Eden out to bear fruit at Tramore 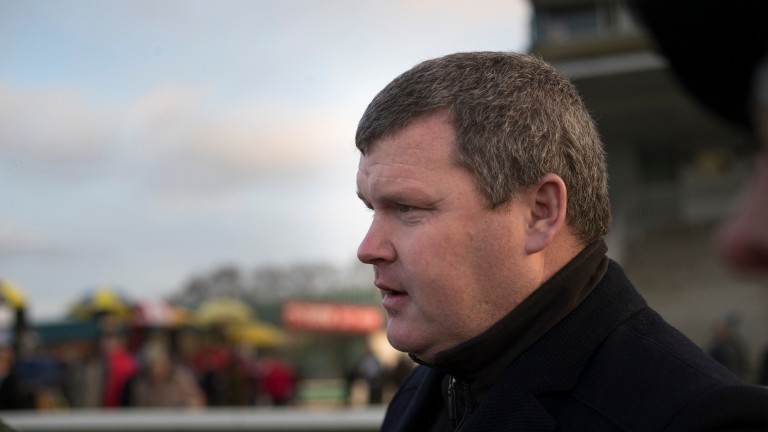 Gordon Elliott: "I haven't spoken to the English handicapper yet, but I will."
Patrick McCann (racingpost.com/photos)
1 of 1
By Brian Sheerin UPDATED 7:25PM, AUG 17 2019

From Eden may be winless over fences but hasn’t finished out of the frame since being sent chasing by Gordon Elliott, who is hoping the rain stays away for his charge, a live player in this €30,000 handicap chase.

A good third at the Galway festival, From Eden is making his handicap debut here, with Elliott hopeful of a good show.

Speaking ahead of the final-day feature of the August festival at Tramore, Elliott said: "From Eden has his chance. We Probably wouldn't like to see any more rain falling between now and the race, though."

Joseph O'Brien will be doubly represented by Treasure Chest, whose unbeaten run over fences came to an end at Galway where he finished a respectable sixth in the Blazers, and Wishmoor, attempting to recapture his form. 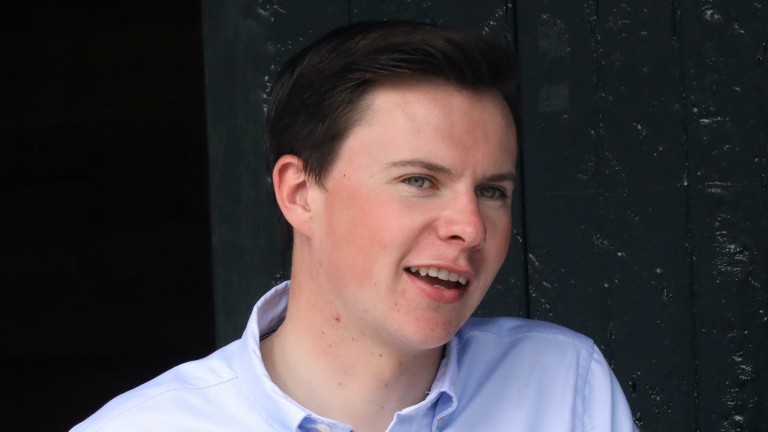 Joeseph O'Brien: saddles two runners with good form
Fasig-Tipton Photo
The trainer said: "Both have good form to their name. There's very good prize-money on offer and I'm hoping the two of them can run well."

Course form is always an advantage at Tramore and Megalomaniac, successful over the course and distance in May, makes up a two-pronged attack for local trainer Henry de Bromhead, who also runs Riviera Sun.

Trainer Paul Flynn admits Steelambition will "probably be any price," but believes his previous course winner can get himself involved on his first appearace since surgery.

He said: "It's his first run after a wind operation, which you don't have to declare over here, and he should be well handicapped over fences.

"We just felt he wasn't getting home and if it improves him he should be bang there. There's savage money on offer and if this fella can get to the front I think he'll go close."

FIRST PUBLISHED 6:00PM, AUG 17 2019
It's his first run after a wind operation, which you don't have to declare over here, and he should be well handicapped over fences