Gordon Elliott runs three in an effort to mop up ?50,000 handicap chase 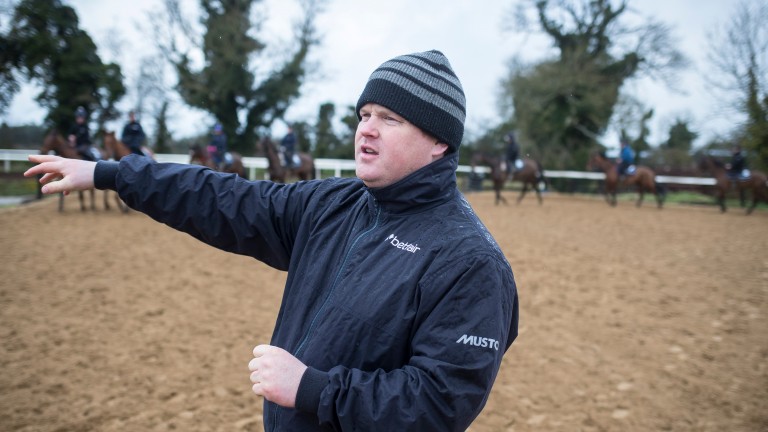 Gordon Elliott: pointing three runners at the ?50,000 handicap chase at Leopardstown
Patrick McCann
1 of 1
By Brian Sheerin UPDATED 11:06AM, MAR 3 2019

Unsurprisingly, Gordon Elliott has a major hand in this with €50,000 on offer and all three of the trainer's runners – Woods Well, Monatomic and Dakota Moirette – are owned by Gigginstown House Stud and they all have chances.

"Woods Well has been disappointing and we're hoping the bit of nicer ground might liven him up," Elliott said.

He added: "Monatomic ran well at Naas last week and he has a chance while Dakota Moirette just didn't enjoy making the running the last day. We'll probably take our time with him over the longer trip here.” 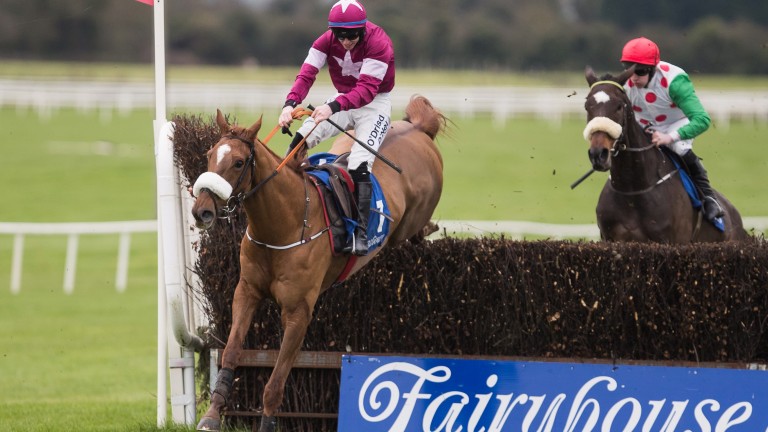 Jessica Harrington looks the main danger to Elliott, and despite the fact her Jett has to carry top weight, she is expecting a big run.

"He's got to carry top weight but I was happy with how he performed the other day when he stayed on really well over a trip that was just too short," Harrington said.

She added: "The distance should be fine for him and I'd say the bit of give in the ground should help."

Seamus Neville, trainer of Ask Nile
He's in good form and we're expecting a big run, although it's probably more competitive a race than the one he ran in the last day. He shouldn't be far off the pace, I don't think. He's a horse who's had a few back problems, but everything is sorted now and he seems to be finding his form.

Philip Dempsey, trainer of Teacher's Pet
The trip will suit and the ground should be grand for her. She's been running really well so we're hoping for the best. 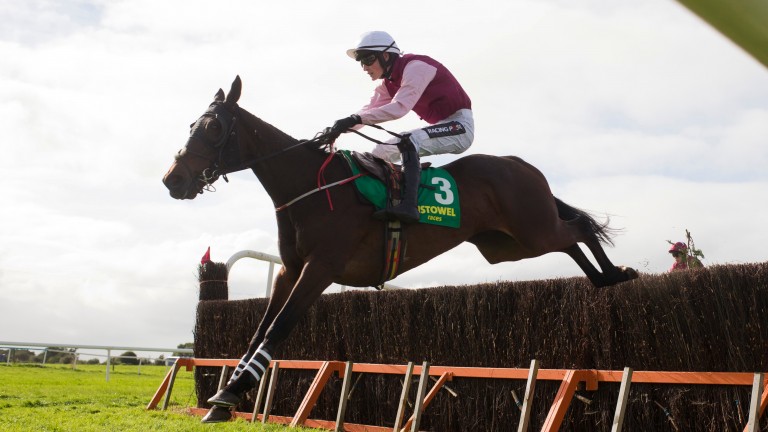 Kylecrue should have a big say according to his trainer John Ryan
Patrick McCann (racingpost.com/photos)

John Ryan, trainer of Kylecrue
I left him kind of half wanting the run at Clonmel and I think he'll have a big say. He should be involved. He may be a 12-year-old but he didn't start racing until he was six, so he has plenty of racing left in him. He's in good form.

Aengus King, trainer of Capture The Drama
He’s been some horse. There’s a couple of improvers in here and you’d be expecting they’d have his measure – we’re only here for the craic with him. He’s super jumper and has been a super servant. We’ll enjoy this whatever the result as it’s hard to find too many like him.

FIRST PUBLISHED 6:00PM, MAR 2 2019
I left him kinda half wanting the run in Clonmel and I think he'll have a big say