Goodwood clerk Buckley to step down after 23 years 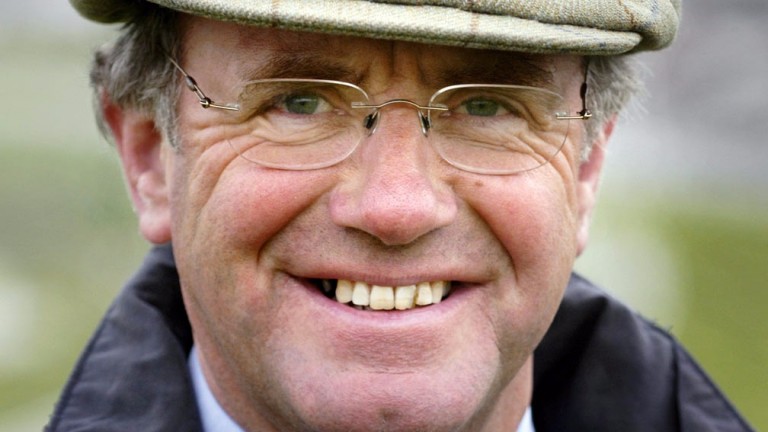 Goodwood clerk of the course Seamus Buckley, the man responsible for tending to the turf of one of the sport's most scenic tracks, is to step down from his role at the end of the year.

Buckley, who will remain involved at Goodwood in a part-time advisory role, is in his 50th year in racing, having started as a jockey until injury forced his retirement.

The 64-year-old, who reckons he will miss most the buzz of a raceday morning and his relationship with jockeys, had spells at Catterick and Wolverhampton before heading south and joining Epsom as estates manager.

He became Goodwood clerk in 1994 and said: "It's been the joy of my life. Goodwood has become my life and I've loved every minute of it. It's been an absolute pleasure to be clerk at one of the most beautiful racetracks in the world.

"Preparing for Glorious Goodwood and being responsible for the racing surface for one of the best ever horses we've seen on the Flat in Frankel was such a thrill.

"There have been some great races here during my time; Double Trigger winning his third Goodwood Cup and Yeats winning two Goodwood Cups, and dealing with some of the great trainers - Aidan O'Brien and Sir Michael Stoute among others - has been a great pleasure."

Buckley, whose older brother Pat won the 1963 Grand National on Ayala, said making sure conditions never got too quick on the Sussex slopes was his biggest challenge.

He added: "As a clerk you're probably waiting for something to go wrong or the ground not being right for certain horses and you're up there to be kicked - you've got to get it right.

"Goodwood is 700 feet above the sea and we've only got six inches of top soil and then you're straight onto chalk, which drains very quickly and consequently dries out quickly.

"You think you've good ground, but if you have 24 hours of drying weather you're certainly good to firm and firm quite quickly, so that's always in my mind.

"I like to start Glorious Goodwood, and will do again this year, on an easier surface because if you start on firmish ground by Wednesday you are on firm ground. You're then chasing your tail with watering.

"We have 500 horses running that week and pleasing everyone is not an easy task. As clerk of of the course no-one puts their arm around you, you've got to make those decisions and I'd like to think I've not made many mistakes."

"He's got a lot of wisdom to pass on and is not shy to do it, which is fantastic. Goodwood itself is incredibly indebted to him and he'll be a hard person to replace.

"It's rare someone these days does 20-plus years in one job and if you look back at where Goodwood was when he started and where it is now, a lot of that is down to his dedication.

"You can't understate the importance of the racing surface and if you haven't got that right, you've got nothing, which is one of Seamus's classic lines."

The process to find a successor to Buckley, who last year won the Neil Wyatt Lifetime Achievement Award at the Racecourse Groundstaff Awards, will start soon, Eades added.

FIRST PUBLISHED 4:06PM, FEB 13 2017
As a clerk you're probably waiting for something to go wrong or the ground not being right for certain horses and you're up there to be kicked - you've got to get it right