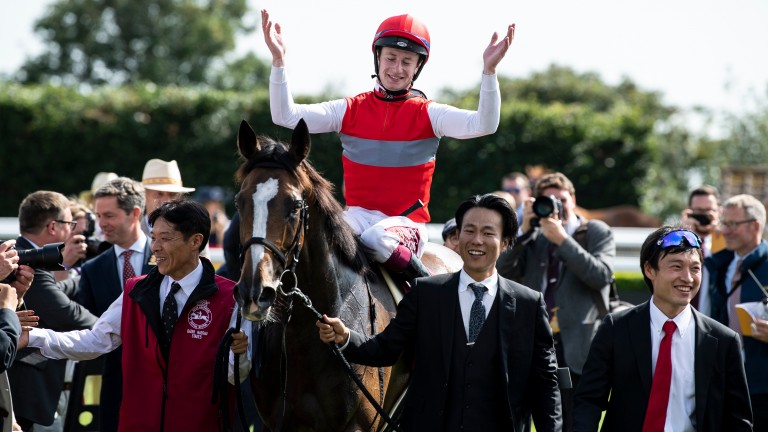 Deirdre is led in by connections after her Nassau Stakes win
Edward Whitaker (racingpost.com/photos)
1 of 1
By Peter Scargill UPDATED 1:41PM, AUG 2 2019

Extra security will be on hand at Goodwood after a racegoer got on to the course in the aftermath of Deirdre's victory in the Nassau Stakes on Thursday.

The male intruder was initially apprehended by groundstaff but slipped from their grasp and was able to get on to the horsewalk before he was tackled and ejected from the course.

Adam Waterworth, Goodwood's managing director, said on Friday: "The racegoer was immediately ejected from the course and his details were taken so he will not be able to buy a ticket to come back here. He wasn't drunk and there didn't appear to be any reason for him to have decided to come on to the course.

"We have extra security in place at the entrance to the course, but we would hope that it is a one-off incident involving a foolish individual."

Stewards called an inquiry in which clerk of the course Ed Arkell provided assurances that he and the security team had discussed how to handle a similar situation in the future.

The stewards' report added: "Their comments were noted and a report was passed to the Head Office of the British Horseracing Authority."

FIRST PUBLISHED 1:28PM, AUG 2 2019
We have extra security in place at the entrance to the course, but we would hope that it is a one-off incident involving a foolish individual