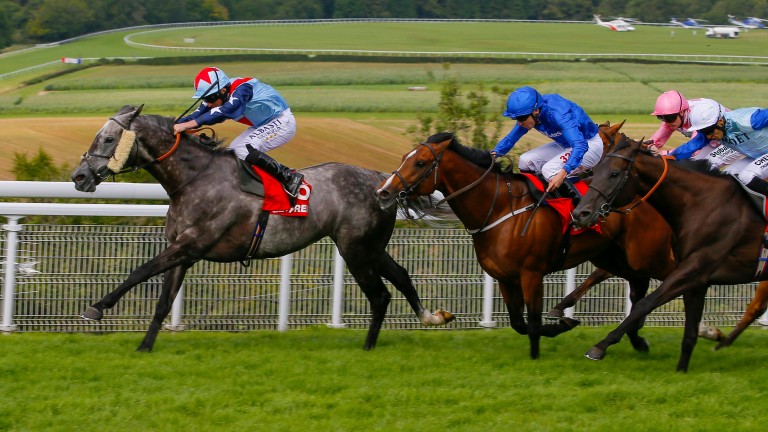 David Elsworth has found Salisbury a happy hunting ground over the years and is out to land this mile feature for a second time with recent Betfred Mile handicap winner Master The World, who was second in this Group 3 contest last year.

The six-year-old is one of a handful in the eight-strong line-up who are returning to black-type company, and the form of his Goodwood win has already been boosted by tenth-placed Mustashry, who scored at Chelmsford on Tuesday night.

Before landing the spoils in West Sussex, Master The World had chased home the reopposing Ballard Down at Newmarket, and the Elsworth runner is now 10lb better off for a three-and-a-half-length beating.

Elsworth, who won the Sovereign with the hardy Norse Dancer in 2004, said: "I like Salisbury but don't mind going anywhere as long as we win. Master The World was second in the race last year and seems to be at the top of his game, so we go there positive."

The ground, which on Wednesday was officially good to firm, good in places, may change with rain forecast overnight, but Elsworth is unfazed.

He added: "He doesn't mind any ground really so any rain won't be a hindrance."

HQ pair out to break duck

Top rated on BHA figures is Hathal, who is down in trip and class after finishing third in the Group 2 Skybet York Stakes last time.

Before that the four-year-old filled a similar placing behind stablemate Mutakayyef in the Group 2 Summer Mile at Ascot, but his chances hinge on the weather.

Trainer William Haggas said: "Hathal's in great order at home and his chance will be enhanced with every drop of rain they say is coming overnight."

Like Haggas, Sir Michael Stoute has yet to win the Sovereign, but he fields a live candidate in Ballet Concerto, winner of the John Smith's Cup at York last time.

Bruce Raymond, racing manager to owner Saeed Suhail, said: "Ballet Concerto goes there with a good chance. He's back to a mile, over which he won in the spring, and won't mind any rain as he doesn't want it firm."

William Knight, trainer of Ballard Down
We want as much rain as possible as he really likes to get his toe in. He's a progressive horse but is definitely better with some give. We've had this race in mind for him since Newmarket and the form has been franked by the runner-up.

Saeed Bin Suroor, trainer of Carry On Deryck
He ran very well on his final two appearances last year and is ready to start his season. He's been going nicely at home and I'm hoping for another good result.

Richard Hills, assistant racing manager to Hamdan Al Maktoum, owner of Tabarrak
He's really tough and consistent. It's his first time out of the handicap ranks but he's worked his way there and deserves to take his chance.