Golden trio: the women who have won the Cup 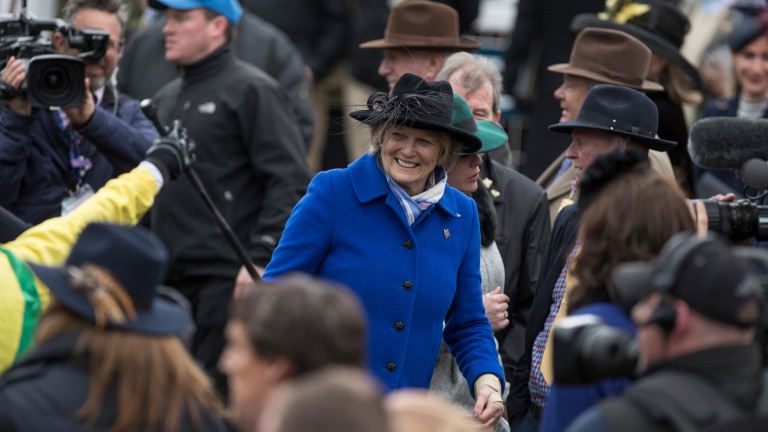 Jessica Harrington joins an elite band as only the third woman to train the winner of the Cheltenham Gold Cup, after Jenny Pitman and Henrietta Knight.

Now an 11-time festival-winning trainer, Harrington had trained only one winner at the meeting over further than the minimum trip of two miles before Supasundae's Coral Cup win on Wednesday.

Jenny Pitman broke the mold for women in sending out Burrough Hill Lad under Phil Tuck to win the 1984 Gold Cup, a year after she had registered another notable first in the Grand National with Corbiere and nine years after taking out a licence.

Seven years later Pitman struck again as Garrison Savannah and son Mark edged out The Fellow. Her record haul of eight victories as the most successful woman at the meeting was the one overhauled by Harrington this week.

Like Harrington, Henrietta Knight began her career in equestrian sports before switching to training thoroughbreds and is synonymous with Best Mate, who won the first of his three Gold Cups in 2002 when repelling a young Ruby Walsh on Commanche Court.

Best Mate and jockey Jim Culloty went on to retain their title in imperious fashion the following year before completing a memorable hat-trick in a heart-stopping battle with Sir Rembrandt and Harbour Pilot.

The wear and tear on Gold Cup pretenders this season is a reminder of the skill shown by Knight in keeping Best Mate sound and in top form for three years in succession.