Talk of the Tracks Lingfield

Golden oldies show youngsters how to perform in the rain 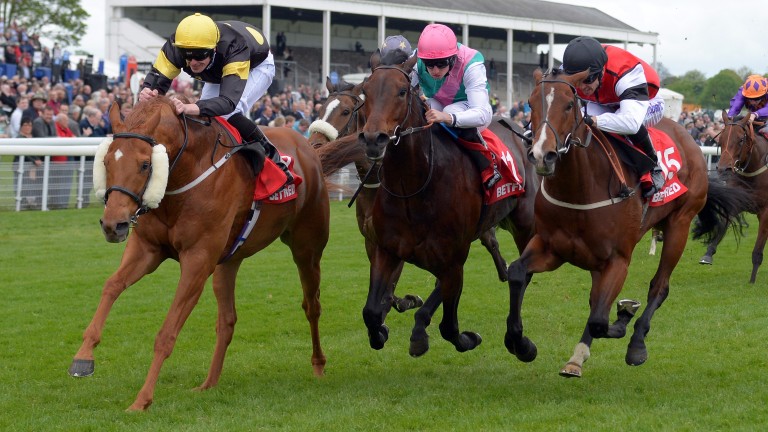 Lingfield Park carries the grand sobriquet of resort in its branding but they should perhaps add retirement home for old warhorses after this card.

Swiss Cross, at the age of nine, completed his hat-trick on his 101st run while the eight-year-old Alfred Hutchinson rolled back the years at one of his favourite haunts.

Head Space added his name to the old folks home when refinding his form at the age of eight for trainer David Evans and a new group of owners to his Abergavenny stables.

Swiss Cross will not be putting on his slippers any time soon as owner Steve Jakes and trainer Phil McEntee have a cunning plan to loot some euros for Christmas.

After Callum Shepherd had taken the safe high road to swamp his rivals late in a division of the 6f handicap McEntee revealed: "Nothing against Lingfield but we are going to take him to Dundalk – Steve has his own horsebox so cuts down the costs – and what he can win in one race there, he can't in three here."

Head Space, a travelling companion of Dougan on a successful Dundalk sortie by trainer David Evans, could not pick up any euros that day but gained compensation in the other division of the 6f handicap.

There should have been a scrum in the winner's enclosure as the eight-year-old is part-owned by eight rugby players of Cardiff amateur side Caerau-Ely but only Liam Mackay made the trip to celebrate in the rain.

"We've only been with Dave three months and this is our first horse," said Mackay as he welcomed back the stable's second winner on the card after the reluctant Bazwind had been coerced home by John Egan in the mile seller.

Harley singing in the rain with Seve

While some of his weighing room colleagues are sunning themselves in Barbados or South Africa, Martin Harley was rewarded for staying in blighty with a double made up of feature-race winner Alfred Hutchinson and gambled-on Seve.

Two good seconds proved David O'Meara had rejuvenated Alfred Hutchinson, who has always shown a love for this Polytrack and York, and Harley got the leg up for the first time on the eight-year-old who wore down Seychelloise in the 7f conditions race.

Harley worked the oracle on Seve in the 5f handicap reprising their win 11 months ago.

Those owners still standing took a metaphorical round of applause after Roundabout Magic chose the perfect time to win his maiden under Nicky Mackay ahead of the evening Epsom trainer's Gala Awards evening.

Simon Dow, celebrating his first winner back at his old Clear Heights stables after a year across town in Epsom, explained: "Like ten green bottles the owners have been falling from 35 originally to a dozen or so.

"The Six Mile Hill Racing was put together by me and named after the gallops in town."

Highclere Thoroughbred Racing owners have had bigger days but it was refreshing to see so many shareholders celebrating after favourite Garter won her Class 6 handicap.

FIRST PUBLISHED 5:59PM, NOV 19 2016
Nothing against Lingfield but we are going to take him to Dundalk - Steve has his own horsebox so cuts down the costs - and what he can win in one race there he can't in three here.