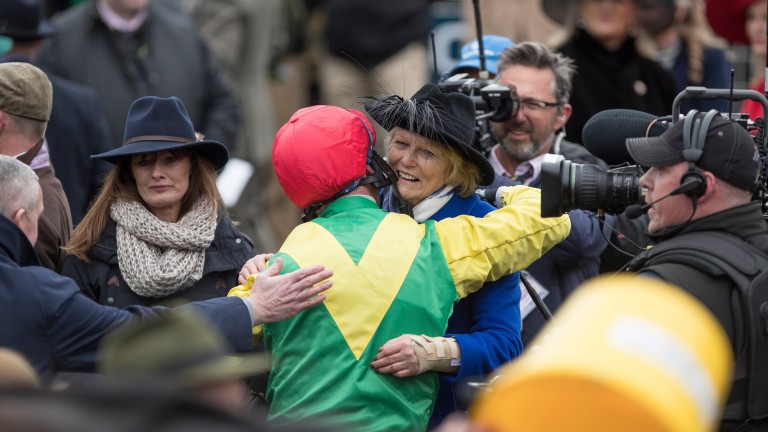 Jessica Harrington reported her Cheltenham Gold Cup winner Sizing John home happy and well, along with fellow festival winners Supasundae and Rock The World, but said on Saturday plans have yet to be made for where they will turn up next.

After winning the Gold Cup on Friday with seven-year-old Sizing John, Harrington stressed she would need to mind him in order for him to make it back to Cheltenham next year to defend his crown, and it remains to be seen whether the Ann and Alan Potts-owned star will run again this season.

Harrington said: "All of our Cheltenham horses have returned happy and sound but we haven't talked about plans just yet."

Sizing John is set to to lead the parade of Harrington's three festival winners through her home village of Moone, County Kildare, at 6pm on Sunday.

Three winners could even have been four for Harrington – now the most successful female trainer at the festival with 11 winners – had Someday been allowed to take his chance in the Champion Bumper.

The impressive Leopardstown winner had been as short as 8-1 for Wednesday's finale but was withdrawn by the stewards on account of being lame. 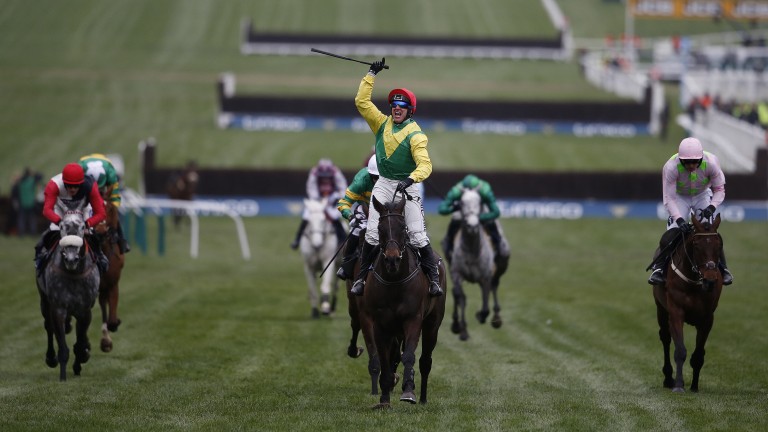 Harrington is happy with her charge and is looking forward to the spring festivals. "Someday is good, as he always is," she said. "He'll run at Fairyhouse and then Punchestown, all being well."

Sizing John (7-1), Supasundae (16-1) and Rock The World (10-1) were just three of the bookmaker-friendly winners at Cheltenham, a meeting that ended with the layers comfortably on top.

Harrington's trio contributed to the Irish running away with the Prestbury Cup with a record 19 winners, with powerhouses Willie Mullins and Gordon Elliott bagging six apiece.

Despite Irish-trained horses winning seven of the ten handicaps at the festival – defying in the process many fears of harsh treatment at the hands of British handicappers – Paddy Power quote any British-trained winner of a Punchestown festival handicap next month at 4-7.

Last year the British were able to win three such races, following a blank in 2015.

Paddy Power's spokesperson Paul Binfield said: "Irish eyes were smiling in some of the trickiest races at Cheltenham, but we’re pretty sure the British blank at Punchestown a couple of years ago will not be repeated at Ireland’s Cheltenham, and have introduced a market on any British horse to win a handicap at Punchestown.”