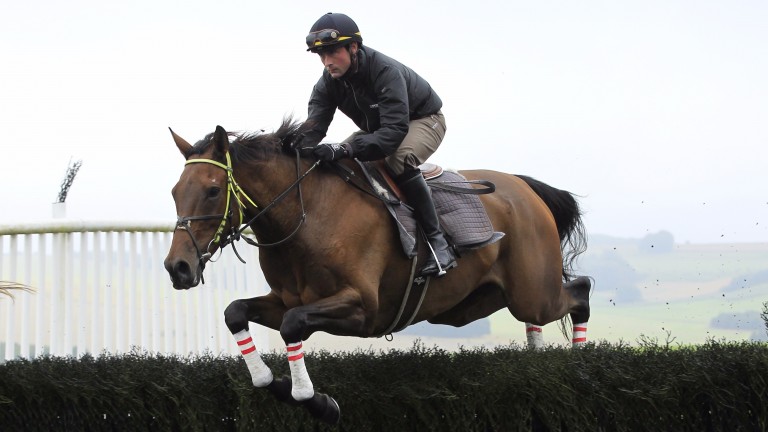 Coneygree and Nico de Boinville schooling over fences at Lambourn ahead of his comeback
Steve Davies
1 of 1
By Lewis Porteous 4:03PM, NOV 14 2016

Nico de Boinville said on Monday the fall that cost him the ride on his returning Gold Cup hero Coneygree in the Betfair Chase on Saturday left him with a triple fracture of his right humerus.

De Boinville was recovering after surgery on Sunday and is unsure how long he might be out of action for at this stage.

“The operation went well,” he said. “We’re out of it now and on the way to recovery hopefully. It was my right upper arm and it was broken in three places so I had to have it plated up and we’re all right."

He added: "I’m not going to put a time on it as I don’t think that would be healthy."

De Boinville suffered the injury when he was unseated from Le Reve at the second fence in the Grade 3 staying handicap chase at Cheltenham on Saturday.

The same horse caused carnage later in the race, running riderless down the 12th fence and taking out three rivals and their riders, although only Sprinter Sacre’s regular rider suffered any injury.

The timing could not have been worse for De Boinville, who was set to partner Coneygree for his first start in more than a year at Haydock this weekend.