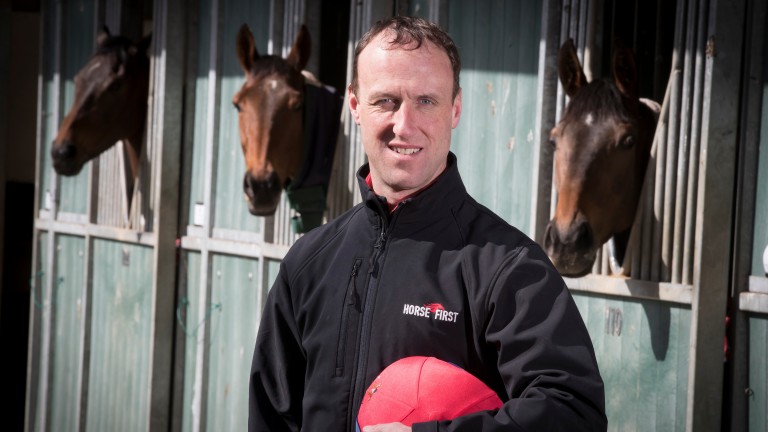 Robbie Power: suffered broken ribs in a fall at Killarney
Patrick McCann
1 of 1
By David Jennings 3:38PM, MAY 16 2017

Robbie Power, the Cheltenham Gold Cup-winning jockey who has been in dreamland for the last few months, will be out of action for up to three weeks after cracking two ribs in a fall at Killarney on Monday evening.

Power, 36, was on board Punchestown festival winner Woodland Opera in the feature Grade 3 chase but the odds-on favourite knuckled on landing at the second-last and the pair parted company.

Although Power has enjoyed a sensational spring, he suffered a spinal injury in January, while a nasty spill in a 20-runner handicap hurdle at the Galway festival in July left him with a broken cheekbone and caused a complex fracture of his left eye socket, with additional damage to the muscle on the floor of his eyebed.

Those injuries healed but Power was left with double-vision in the top of his eye and now wears a prism inside his goggles.

Power said on Tuesday: "I have cracked two ribs. They are the first two ribs in my chest and it's quite sore. I went to see my specialist Paddy Kenny this morning and he says I will be out for two to three weeks.

"Woodland Opera actually jumped the fence fine but he landed steeply and paid the price. It was a pity as he'd jumped very well to that point."

FIRST PUBLISHED 3:38PM, MAY 16 2017
I have cracked two ribs. They are the first two ribs in my chest and it's quite sore