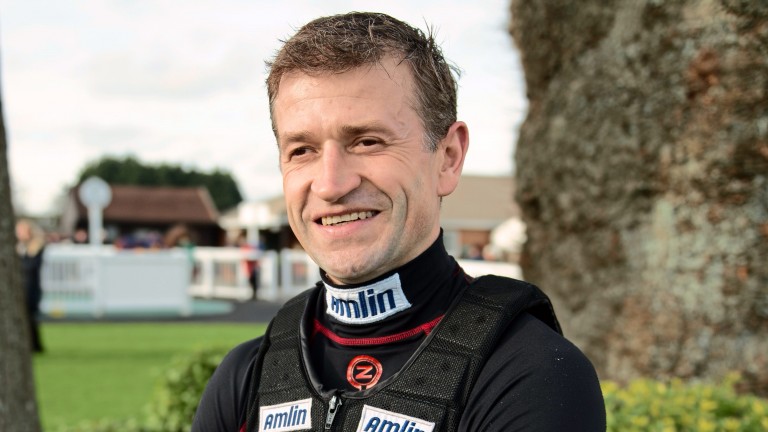 Andrew Thornton has revealed how a moment of clarity at 3am led him to call time on a career that has yielded 1,006 winners, including a Cheltenham Gold Cup on Cool Dawn and a King George VI Chase on See More Business.

The jockey will have his last rides on Wednesday at Uttoxeter when he is already booked for three horses for Seamus Mullins, a great friend and one of his staunchest supporters, and another for Caroline Bailey, with whom he has also enjoyed a long and fruitful partnership.

His wife Yvonne and young son Harry will be there, as will his mother and father and many of the friends he has made in nearly 30 years in racing. If he is lucky enough to ride a winner early on, he says, he will still take all four mounts.

Explaining how he came to the decision, Thornton, who has been working steadily towards a second career in the media while successfully continuing riding long after many might have given up through injury, said: "I woke up at three in the morning and I was mulling things over.

"But I've enjoyed every minute of it and I wouldn't change anything, except I wouldn't fall off so many and wouldn't have had so many injuries. It's been a pleasure to be involved so long in a sport I love so much."

He added: "In those long periods when I was injured I always said that nobody was going to tell me when I was going to do it, and that it was important to me to do it on my own terms.

"I got up and had a look at the meetings coming up and saw Uttoxeter on Wednesday and a few races that might suit horses I've been riding. I wanted Yvonne and our little boy there too, and Harry is four now and so I'm hoping he will be able to remember my last rides because I can remember things from that age.

"I didn't go back to bed and I made a list of about 30 people I needed to ring before I announced anything. My first call was to Dave Roberts, who has been my agent ever since I was an amateur with 'WA' [Stephenson], as I knew he'd be the first one up, and my next was to Seamus.

"I told Seamus there was a maiden hurdle for Amirr and a novice handicap for Manhattan Spring and he said he'd see what else there was. He's found options too for Westerberry and Caroline has weighed in with Edward Elgar. Win, lose or draw, I'm going to ride all four, because I still have the hunger of a 21-year-old and I genuinely enjoy it."

9,811 career rides
1,006 career winners
209 winners for Robert Alner
179 trainers for whom he rode at least one winner
86 wins in his best season
64 wins at Wincanton, his most successful track
3 Cheltenham Festival wins

Choosing when to retire is one of the toughest decisions any sportsman has to make, but Thornton appreciates he is lucky to be in a position to make that call himself rather than have it forced upon him. He is also better prepared than many.

He said: "I'm lucky that I've been able to edge my way out of the riding side towards media work, because I know how difficult it is for those who have gone from riding flat out to stopping completely

"I've been working towards this probably since the days of the old Racing Channel 20-odd years ago, when they would have me on if I got a ban or an injury, and media work will hopefully feature heavily in my future.

"For a long time I've been doing bits for 5Live and Attheraces, and I've done half a dozen days with ITV. For two years now I've also done a couple of days a week with William Hill in Leeds, so it's almost got to a stage where the riding is sometimes getting in the way of the media work!"

He added: "I've had a lot of injuries, as everyone knows, but in a way they've determined that my career has gone on so long, as I've got injured, been determined to come back, got injured again, and so on. The 1,000th winner, which came on Kentford Myth at Wincanton on Boxing Day 2016, was an important incentive too obviously.

"I think I've been riding as well as ever though, and from my last 50-odd rides I've had nine or ten winners. I'm riding with a 20 percent strike rate, and mostly at big prices!"

During a career in which the first winner came way back in 1991 and his most recent at Worcester last month, his Gold Cup on Cool Dawn for Robert Alner, who was a massive supporter, and the King George on See More Business for Paul Nicholls are obvious stand-outs in terms of prestige.

However, Thornton can list dozens more which are almost as significant to him in one way or another, and a couple which are every bit as important.

He recalls: "My Welsh National win on Miko De Beauchene was on a par with Cool Dawn. Robert [Alner] had just had his bad accident and I never wanted a horse to win as much as I wanted him to. I felt this can not go wrong. This has to win. Because for me that was better than any medicine Robert could have had." 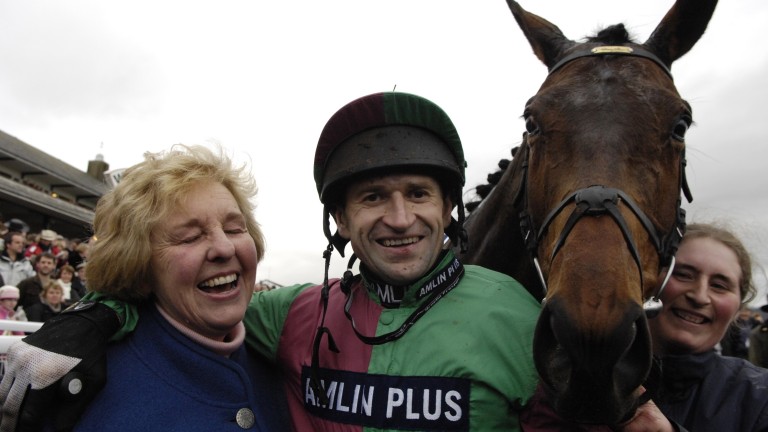 "I won three on French Holly, who was bigger than any horse I've ever ridden and the most talented too. When I first got on him we won five on the trot, including the Tolworth and the SunAlliance, and later that year we won the Christmas Hurdle.

"He was always going to be a chaser, and we won a novice at Wetherby, but then tragically he was killed on the schooling grounds. It probably took me nine months to get over it."

Thornton 1,001 not out after first win in 11 months on Cap Horner