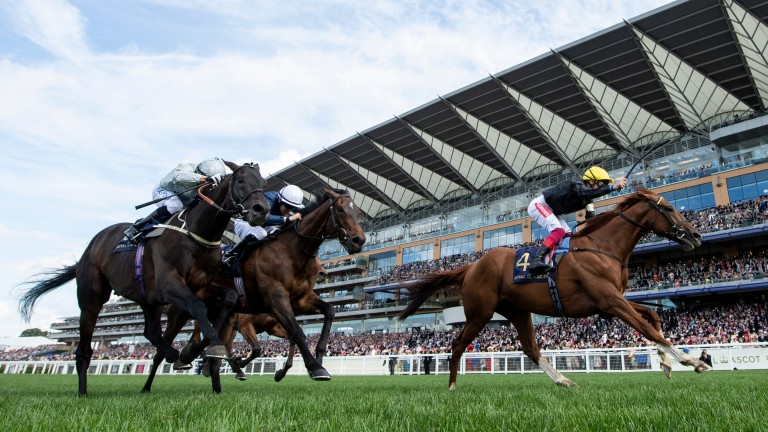 Stradivarius: seeking a third win in the Gold Cup
Edward Whitaker (racingpost.com/photos)
1 of 1
By James Stevens UPDATED 11:23AM, JUN 18 2020

It takes a brilliant horse to win the Gold Cup, an exceptional one to win it twice but a third success would put this year's favourite Stradivarius among the immortals of the staying division.

While the great four-time winner Yeats reigned supreme by big margins, the new star stayer does not win by much. Stradivarius simply knuckles down, thrives off the battle and does enough to maintain his superiority.

But this time the six-year-old comes to Ascot with an unfavourable wet forecast, off the back of two defeats – albeit running a blinder on his comeback in the Coronation Cup – and without the crowd that has roared him home in the last two years.

Bjorn Nielsen's star is without any question the one to beat and after a promising warm-up third and plenty believe that history beckons for Stradivarius, John Gosden and Frankie Dettori.

Gosden said: "He's very much suited by fast ground and has a high cruising speed and a great turn of foot. Obviously any significant rain that arrives will not be in his favour and previously, when it has turned into a soft ground slog, it plays against him.

"Obviously if it were summer ground I would have huge confidence in him but not if it gets too soft. He ran a great comeback in the Coronation Cup where they went very fast and he was probably inside the track record as well.

"It's not ideal to have such a fast run race only 13 days beforehand but if the rain comes and it does turn soft then I would be glad he had that race under his belt."

While the wet weather goes against Stradivarius, it only boosts the chances of his big challenger Technician.

The Martyn Meade-trained four-year-old made rapid progress over longer distances, capping off a fine season with victory in the Prix Royal-Oak at Longchamp.

Meade is confident Technician will relish the step up to the extreme stamina-sapping 2m4f as he hopes to be the one to topple Stradivarius. 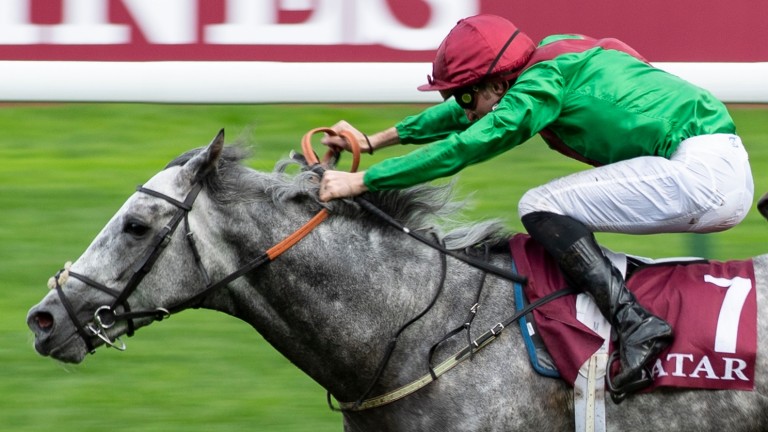 Meade said: "We're very happy with him and he's had a perfect preparation. The ground is going his way, it should be perfect for him. He hasn't had a prep run but we're happy with how he's done with this race in mind at home. I'm hoping for a big run.

"I think he'll see out this trip really well, he's got a lovely way of lobbing along but then, when you ask him, he knows how to finish well."

On his big rival Stradivarius, Meade added: "It's going to be a great race, Stradivarius is a seriously good horse. It'll be a proper test and our chap is going into unknown territory but he's as good as could at the moment and we'll find out a bit more about him."

Charlie Appleby, trainer of Cross Counter and Moonlight Spirit
Cross Counter has already had an unusual season. We prepared him for the Dubai Gold Cup in March, only for the meeting to be called off because of the pandemic. His run when fifth in a handicap in Saudi Arabia in February was good as he was fresh and a bit keen early. He hasn’t had a race since. Last year, he also only had one race before Ascot and ran a very respectable fourth to Stradivarius and wasn’t beaten too far. We've always regarded Moonlight Spirit as a prospective Cup horse. He has wintered well and is ready to go, although it is a challenge going straight into a Gold Cup. Having said that, he will not be out of place, and I think will run very well.

Jamie Osborne, trainer of Mekong
He's in good order and any rain that falls will be in our favour. This has been the plan since Riyadh. I'm slightly surprised he's the price he is considering the price of Cross Counter when you look at the last run. While he's never been this far I think the trip is designed for him, this is what he wants. We'd be hopeful that he'd run significantly better than the market thinks he's going to. 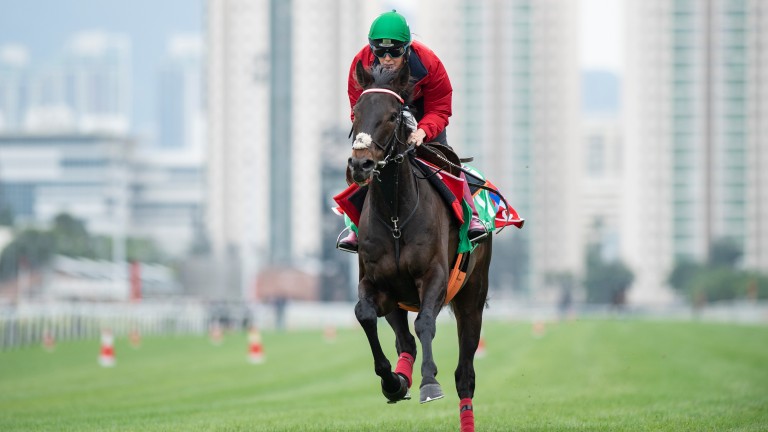 Charlie Fellowes, trainer of Prince Of Arran
I always look forward to seeing him perform. He owes us nothing and is a real star. I thought his run at Newcastle was very good and he’s run very well at Ascot before. Rain wouldn’t be too much of a concern to us – the last two Melbourne Cups have been on very wet ground – and so we don’t mind that. The only question mark is the trip. The petrol tank just ran empty with about a furlong to go the last time he was here but he’s older, he’s better and will give himself every chance to get home. We’ve all got Stradivarius to beat and you could make a case for all the others to finish in the places. It would be wonderful if he could do it and if he did he might get the recognition back in England, because at the moment he‘s revered in Australia but not really over here.

Roger Charlton, trainer of Withhold
I'm looking forward to it. There are some we know are guaranteed to get the trip and he is one of them. I was slightly disappointed at Newcastle but I think he needed the run, there was a very strong headwind down the track and it was a long journey to get there too. He is in better shape now but, to be honest,  I think we'll all find it difficult to beat Frankie and Stradivarius.

FIRST PUBLISHED 6:00PM, JUN 17 2020
Obviously if it were summer ground I would have huge confidence in him but not if it gets too soft

Charges dropped and trial scrapped for Royal Ascot climate change protesters Shishkin v Energumene round two could be 'even more exciting' - Henderson Shishkin is triumphant on a day when it was good to have shares in goosebumps 'I don't think there's been anything better, and I felt lucky to be there' Clarence House analysis: start was crucial in giving us the contest we craved 'One of the best I've ever been in' - stunning Shishkin beats Energumene in epic