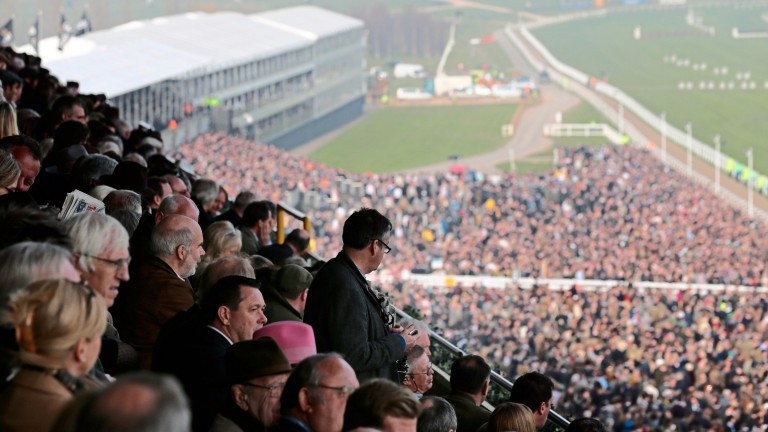 If you want to be at Cheltenham on Gold Cup day but have yet to secure your ticket you are advised to do something about it quickly.

That is the message coming from the home of the festival, which on Friday underlined the enormous popularity of jumping's most prestigious event by revealing the day will have sold out by the end of next week at the latest.

At the current rate of sales Cheltenham will have reached its usual 70,000 capacity for Festival Friday around two weeks in advance of 2016 given there are now only around 1,000 badges in the Club enclosure left to be bought.

Cheltenham communications manager Sophia Dale said: "Last year we sold out on March 2 but this time the tickets will all have gone by the middle to end of next week. We would always expect to sell out on Gold Cup day but this is certainly the earliest it has happened for a good while.

"It's really positive to see it happening and there is clearly a lot of excitement about the horses, particularly those trained by Colin Tizzard. It's also St Patrick's Day on Gold Cup day this year, which may be having an impact as well.

"The other days are very much tracking what we've seen in previous years, with Champion Hurdle day down but only minimally."

FIRST PUBLISHED 5:00PM, FEB 10 2017
It's really positive to see it happening and there is clearly a lot of excitement about the horses