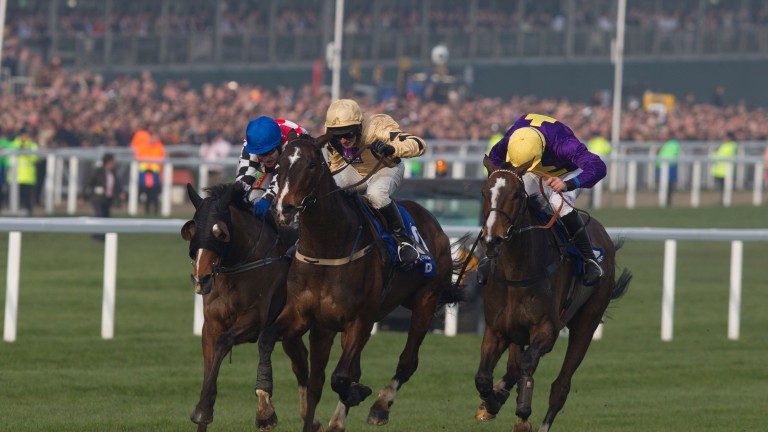 On His Own, arguably one of the unluckiest losers in the history of the Cheltenham Gold Cup, has been retired after picking up an injury during a hunter chase at Thurles last Thursday in which he finished second to Foxrock.

On His Own form

How fitting that the news of his retirement emerged on Thyestes day, a race he won in 2012 and again in 2014.

Patrick Mullins, part of the Prince & Paupers Syndicate who took over ownership of the veteran from Graham and Andrea Wylie last year, said: "On His Own has had to be retired, I'm afraid. He ran well at Thurles, but returned with an injury and we've had to call it a day. It's a shame as we were looking forward to having a bit of sport with him in hunter chases."

On His Own will be best remembered for his near miss in the 2014 Cheltenham Gold Cup, and David Casey, who rode him that day, believes he was very unlucky not to have been awarded the race in the stewards' room, having been interfered with by Lord Windermere on the run-in.

"He almost gave me the best day of my career and was very unlucky not be awarded the race," Casey said. "He was a very good horse on his day and gave me a great spin that day."

He added: "He nearly got there. I thought we were hard done by but of course I’m going to think that. I sat beside Davy [Russell, rider of Lord Windermere] in the weighing room for about 15 years or more and I was sitting beside him that day too.

"I said well done to him after the line but I knew there would be an inquiry. We went in, we said our piece and I didn’t get it. Would you believe at no stage did I believe I was going to get it because of what the stewards did with the Falmouth the previous year [when Elusive Kate was controversially allowed to keep the race despite drifting and impeding Sky Lantern]. It was an awful pity."