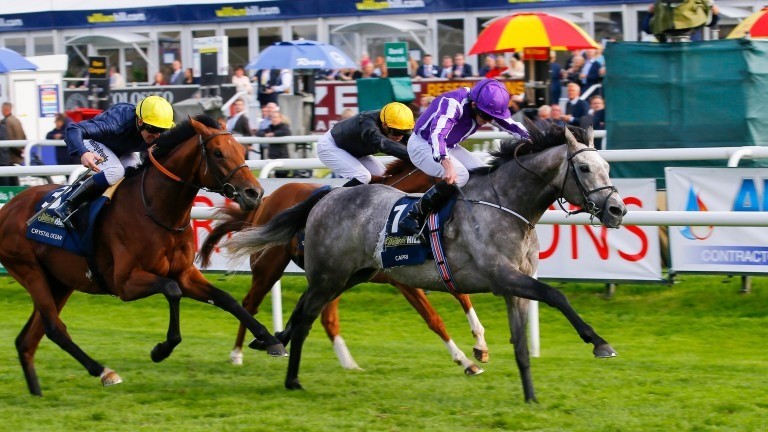 Capri, winner of the Irish Derby and the St Leger two years ago and an 8-1 shot for the Gold Cup next month, has his prep for Royal Ascot in this event which Aidan O'Brien has won in the past with subsequent Gold Cup winners Yeats, Fame And Glory and Order Of St George.

In fact O'Brien has won the last four runnings of the Leopardstown race, with Order Of St George completing a hat-trick of wins a year ago following Kingfisher's success in 2015. Donnacha O'Brien, who rode Capri to finish fifth in the Arc last year, partners the five-year-old for the second time.

Fifth on his reappearance in the Vintage Crop Stakes last month, Capri's five rivals include Master Of Reality, winner of that Navan event, and Twilight Payment, who finished fourth in the same race.

O'Brien said: "We knew Capri would need the run at Navan and that he would improve for it. He's in good form, and while we're hoping for a good run, we think he will progress from it." 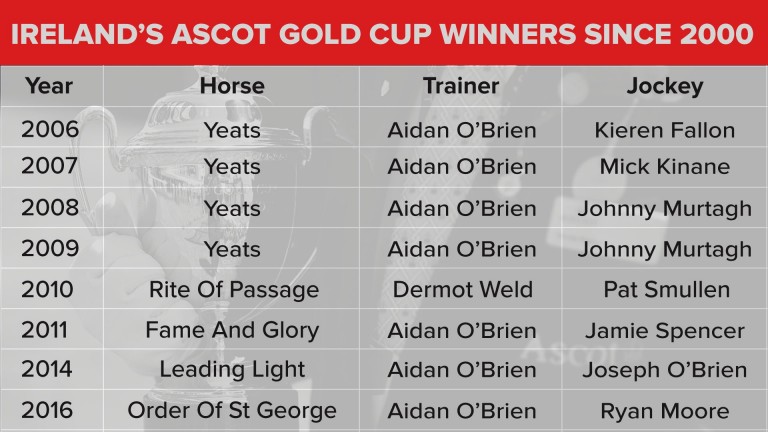 Master Of Reality, a 33-1 shot when scoring at Navan and available at 25-1 for the Gold Cup, represents trainer Joseph O'Brien, who said: "We were delighted with him in the Vintage Crop. He's been very well since and while it looks very competitive we're hoping for another good run."

Dermot Weld, whose winners of the race include Vinnie Roe, Media Puzzle and, most recently, Pale Mimosa in 2013, is represented by Falcon Eight, who is priced at 33-1 for the Gold Cup.

The four-year-old won two of his three starts last year, and Weld said: "He did well last season when he was Group 3 placed and we're looking forward to a good season with him. I think he'll run a nice race, but he should progress a lot from this."

Twilight Payment, runner-up in the race two years ago and again last year – both times to Order Of St George – represents Jim Bolger, while ten-year-old Pallasator, winner of the Queen Alexandra Stakes last season, will be having his first run since July.

His trainer Gordon Elliott said: "The Queen Alexandra is again the plan. We're hoping he'll go well, but he's been a long time off and should benefit from the run."

FIRST PUBLISHED 6:00PM, MAY 16 2019
We knew Capri would need the run at Navan and he'd improve for it. He's in good form, and while we're hoping for a good run, he'll progress from it

Dettori adds to strong hand as he guns for third straight Royal Ascot crown Cheltenham, Aintree - and now Ascot? De Bromhead adds filly to Coronation mix Harrington set to enjoy good times with Alpha Centauri's sister My Sister Sarah and Metaphorical contribute to Wayne Lordan's treble Size is everything after all as Snowfall and Adayar shoulder their rivals aside 'He shows everything at home - he relaxes, he quickens, he gallops'