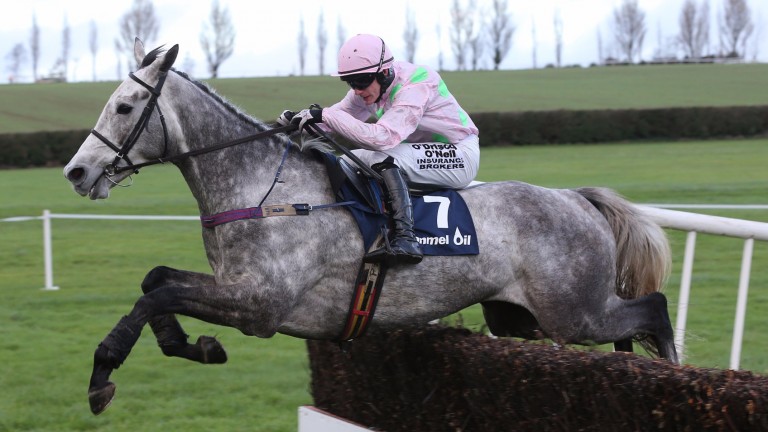 Lord Windermere has not been seen since pulling up in the 2015 Aintree National and has not managed to win a race since narrowly edging out On His Own in a most dramatic 2014 Gold Cup.

Ahead of reintroducing his stable star following nearly 600 days off the track, trainer Jim Culloty said: “Without saying too much, it looks like a nice starting point for him. He’s well – I wouldn’t be running him otherwise.”

Paul Townend takes the ride aboard the ten-year-old for the first time in public, and added: “I have sat on him before and he seems well. He’s a former Gold Cup winner and it’s a lovely ride to get. It’s a cracking little race for Thurles.

“I obviously know Champagne Fever well, but he’s not the only one that you would be fearful of. There may be only six runners, but it’s a hot race.”

The enigmatic Champagne Fever announced himself as a top notch prospect in 2012 when winning the Champion Bumper at Cheltenham, before lighting up the festival with a scintillating display in the following year’s Supreme Novices' Hurdle under a masterful Ruby Walsh ride.

The grey failed to make the track last season, but Mullins is hopeful his luck will change. He said: “Champagne Fever is fit and he’s well and we are looking forward to starting him off.

“Thurles hasn’t been his luckiest track, as he fell there when going nicely behind Don Cossack back in January 2015. We just want to get this first run out of the way for him today and hopefully he will have a little bit more luck.”

Gigginstown House Stud are set to take the wraps off both Wounded Warrior and Roi Des Francs while Letter Of Credit and Page Turner make up the six runners.

The maroon and white of Gigginstown was carried to victory in this race 12 months ago by Sir Des Champs, and the powerful owners rely on Roi Des Francs and Wounded Warrior today.

Roi Des Francs is having his first start for Elliott, who said: “He’s a good horse who has won twice over fences, including a Grade 2. He’s in good form but he’s wrong at the weights with a couple of today’s rivals, which won’t be a help.”

Gigginstown racing manager Eddie O’Leary added: "While Roi Des Francs is wrong at the weights, he has to run somewhere, and I'd be disappointed if he doesn’t run well.

“Wounded Warrior is also a very nice horse and we're looking forward to seeing how he gets on. It was either here or the Hennessy at Newbury for him, and we felt it was a very tough ask for him to run in a big handicap first time out, so we're running here instead.

“He needs soft ground to be at his best. Both horses are very nice but they will need to be good to beat Champagne Fever.”

Jimmy Mangan is realistic about the chances of Letter Of Credit, and said: “He likes Thurles and he knows his way around there at this stage. We would be happy with a share of the prize-money.”

John Joe Walsh has similar hopes for Page Turner, and said: “The trip might stretch him, but he only needs to beat one home for a bit of prize-money.”