Gold Cup favourite thrills but success is not without scares 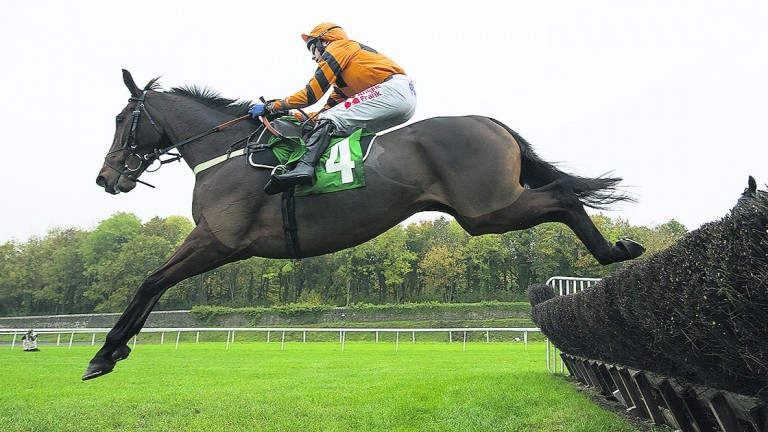 Thistlecrack: is now two from two over fences but there were a few scares along the way
Edward Whitaker
1 of 1
By David Jennings 4:18PM, NOV 12 2016

Relentless, remorseless but most of all relief. At least now we know that Thistlecrack is not a computer game with Tom Scudamore just pressing x and y but he remains 7-2 favourite for the Cheltenham Gold Cup with most firms despite some scary moments at the ditches.

Thistlecrack barely reached the other side of the first ditch, gave the second one far too much respect and was a bit brave at one or two of the others but it is all part of the learning curve and he remains the most exciting horse around.

The King George [5-1 with Paddy Power] might not be on the agenda, though. The prospect of him rocking up at Kempton at Boxing Day is enough to get us all giddy but Colin Tizzard gave the impression that he will stick to novice chases in the short-term, starting at Newbury in the Grade 2 Worcester Novices' Chase at Newbury on November 24 – a race won last year by stablemate Native River.

"He's a novice chaser. People can talk [about the King George] but I think he needs another run and then we can decide where he goes at Christmas. If we're going to go big after Christmas, he's going to need a bit more experience. He's not had a hard race today. He needs more experience. We'll have a run at Newbury," Tizzard said.

He added: "He was very exuberant today, wasn't he? He was stuck in second gear, jumping out of Tom's hands and I think think he got better when Tom pushed on with a circuit to go. He's a big, strong horse and he can stand off a fence. He can get in deep if he needs to as well. He was always going to win it once he didn't balls the jumping up so there was nothing else for the crowd to look at!"

There may have been gasps from the crowd, a scared screechy one at the first ditch as he somehow managed to get across unscathed, but they still gave him a round of applause as he coasted up the hill and Scudamore never thought the partnership would be breached. 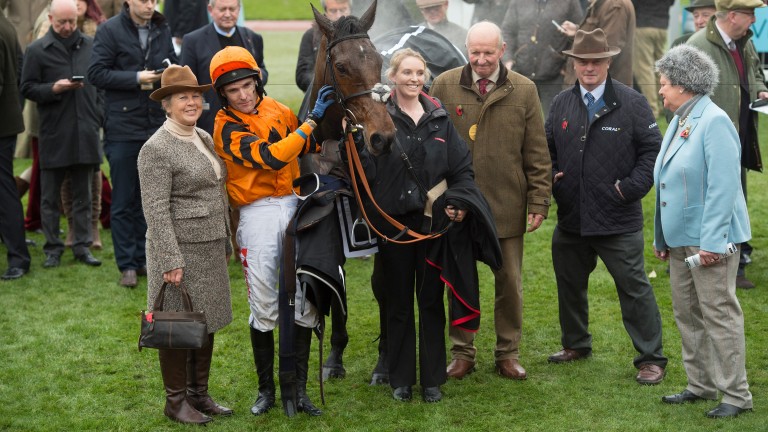 Scudamore said: "He was big and bold over the first couple of ditches and after that he's been fine. The best fences he jumped were the last three. We did not learn anything more than we knew already. He is just a mighty, fine racehorse.

"He's just so exuberant. Even though he stood off the first ditch, you never feel with him that it's much of a worry. I have so much confidence in him and I know he'll get it right at the next one."

"If you were to crab him you would say that he was too high at the next ditch and tried show-jumping it a bit but I couldn't fault how he jumped after that. There are plenty more things to learn a long the way and I think he'll be better in a stronger race. It's wonderful to be part of it all."

Barry Geraghty had the best view of Thistlecrack as he was trying to keep tabs on him on board Marinero. He got within three and three-quarter lengths but, in truth, he was not in the same league as the World Hurdle winner.

FIRST PUBLISHED 4:17PM, NOV 12 2016
He's just so exuberant. Even though he stood off the first ditch, you never feel with him that it's much of a worry