Going news, market moves and expert views for a busy day of racing 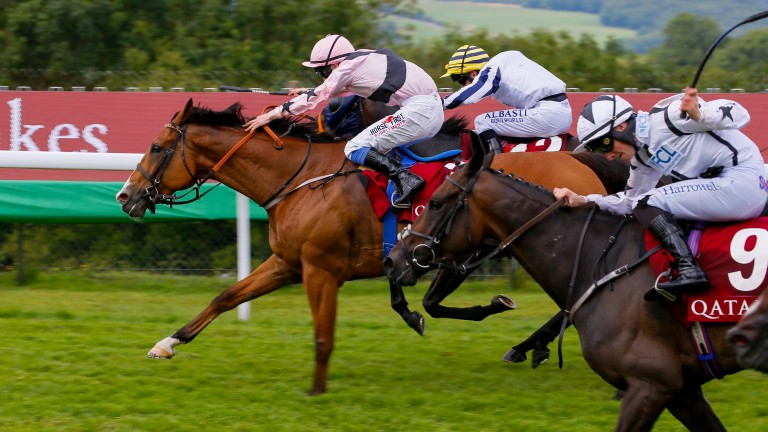 Hoof It is an admirable horse. Were he not enough of a monkey that he was gelded after just one start, he would probably have been retired long ago for an attempt at a second career at stud.

Remember this was a horse capable of defying a mark of 111 in a race as competitive as a Stewards' Cup. He was twice third in Haydock's Group 1 Sprint Cup.

Instead, aged ten, he is still rated 94 and the winner of 11 of his 54 career starts. He has given his celebrity owners some spin and he lines up in the Lady Cecil Handicap (2.15 Nottingham) against eight rivals - five of whom are at least half his age.

Our tipsters from around the country give their best bets on Wednesday - plus read the Weekender's Wednesday advice.

On RPTV, Nick Watts delivers his nap for the day in ten seconds.

Ladbrokes Coral comment on the fallout from the David Evans case.

And Cue Card will bid for record-equalling fourth Betfair Chase despite Wetherby fall.

Trainer Colin Tizzard with an update on star chaser Thistlecrack . . .

Golf guru Steve Palmer is back at the wheel with his best bets for the Nedbank Challenge and the OHL Classic.

Plus snooker shrewdie Adrian Humphries with the best bets for Liang Wenbo's clash with Mark Selby.

Dermot Weld's genius has long been related in terms of his ability to do what no-one before him had done and win the Melbourne Cup with Vintage Crop in 1993. Joseph O'Brien made that look small-fry when, at the age of just 24, he sent a horse from Ireland to Australia to win the race without so much as a prep. No-one has ever won a Melbourne Cup with a horse fresh off the plane. O'Brien did it at the first attempt.

FIRST PUBLISHED 8:20AM, NOV 8 2017
Remember this was a horse capable of defying a mark of 111 in a race as competitive as a Stewards' Cup