Talk Of The Tracks EXETER TUESDAY 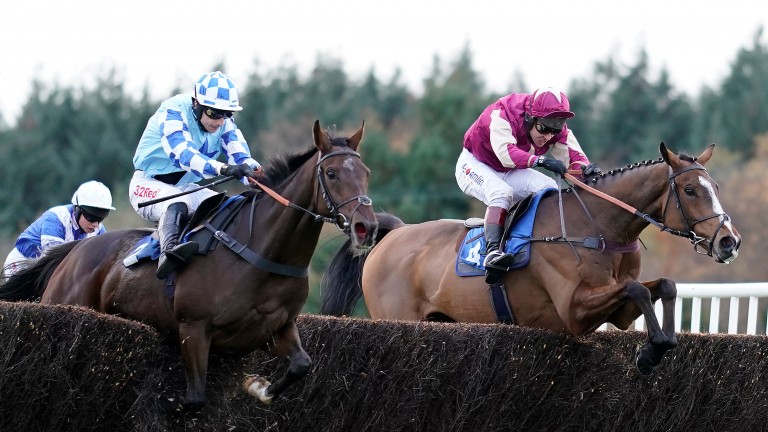 God's Own (Paddy Brennan, near side) brushes through the last as he joins Ozzie The Oscar (Richard Johnson) at the last before going on to win the Haldon Gold Cup at Exeter
Alan Crowhurst
1 of 1
By Andrew King UPDATED 8:38PM, NOV 6 2018

Tom George described it as the most emotional win of his training career as God's Own turned the clock back for a second Haldon Gold Cup success, four years on from his first.

The ten-year-old came from last to first to beat 2-1 favourite Ozzie The Oscar in the bwin-sponsored feature.

Richard Johnson jumped off in front of his four rivals on Ozzie The Oscar in an attempt to make all, while Paddy Brennan bided his time on God's Own.

Ozzie The Oscar beat off Diego Du Charmil after the fourth-last but was then attacked on both sides by San Benedeto and God's Own, with Brennan taking the inside line to lead halfway up the run-in and score by half a length to rousing cheers. 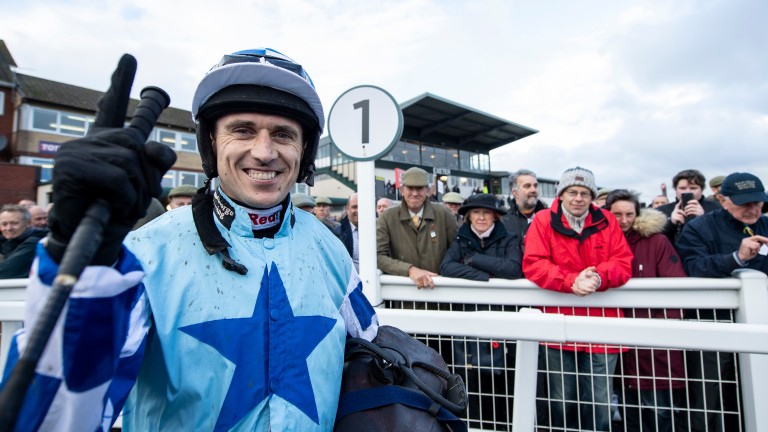 George said: "I think I'm more emotional about this horse winning than I have been about any other winner in my training career. He had things in his favour like the fast ground, but age-wise things were beginning to become a bit worrying as he is now ten.

"He's had plenty of little issues and needs lots of work at home to get him fully fit and so much of the credit should go to the team at the yard, especially Sherrie-Anne Derrick who does everything with him. We have managed to keep the wheels on him and he has repaid us in spades with that hard-fought success.
"He is very ground-dependent and we'd been aiming him at this race again for a while, so unlike many other trainers the one thing we did not want was lots of rain. I suppose we will be looking at something like the Tingle Creek Chase at Sandown next month as long as the ground is not deep."
Ozzie The Oscar's trainer Philip Hobbs was far from downbeat about going so close. He said: "He ran really well and still seems to be going the right way. As long as he comes out of this race in good order then there's the two-mile open handicap chase at Ascot at the end of the month and he could go there."
Diego Du Charmil was sent off second favourite for the contest but dropped away to finish last. His trainer Paul Nicholls said: "It seems he has badly struck into himself, it may have happened at the fourth-last fence where he held a slight advantage."

FIRST PUBLISHED 2:25PM, NOV 6 2018
I think I am more emotional about this horse winning than I have been about any other winner in my training career