Godolphin to team up with Newmarket school on racecourse 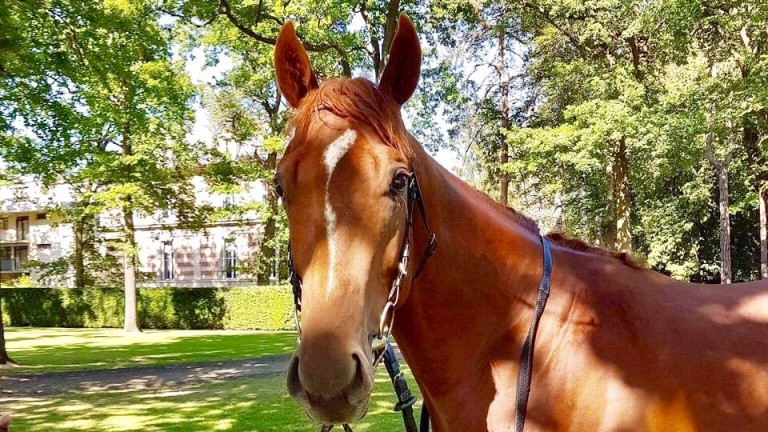 Franklin House: in training with Andre Fabre and set to run at Chantilly in September
1 of 1
By David Milnes 2:55PM, JUL 25 2017

A cross-channel trip is on the cards for some students from Newmarket Academy in September who are hoping to see a two-year-old they named themselves make his debut in France.

The Godolphin-owned juvenile was named Franklin House by year 11 student Jordan Clark in a competition run by Sheikh Mohammed's organisation in association with the Academy and Suffolk County Council and is now in training with Andre Fabre.

The chestnut, who is named after one of the three houses at the Academy, the others being Tutte and Brooke, is inspirationally titled for the school and its pupils as he is by Exceed And Excel out of Land Of Dreams.

The naming process was part of a wider Newmarket Academy Godolphin Beacon Project to build closer links between the school and the local racing industry in a five-year collaboration in which Godolphin have invested £250,000.

The partnership has already reaped rewards as the Academy was rated 'good' in its latest Ofsted inspection, which recognised the impact of the Beacon Project in bringing together a number of community businesses that have given time to support the aspirations of the school.

The prospect of Franklin House appearing on the racecourse is exciting principal Nick Froy, who said: "It would be so inspirational for the students to see a horse they have named themselves actually run in a race. I know the horse is in France but I'm that excited about it I would drive the students there myself to see him run."

Fabre is positive about the youngster, who is bred to be smart as he's a half-brother to joint-champion two-year-old Dream Ahead. He said: "Franklin House is a scopey type of horse who is doing very well and we plan to run him in September at Chantilly. Hopefully he can give the Newmarket Academy students something to look forward to."

Sheikh Mohammed instigates return of the maroon and white silks