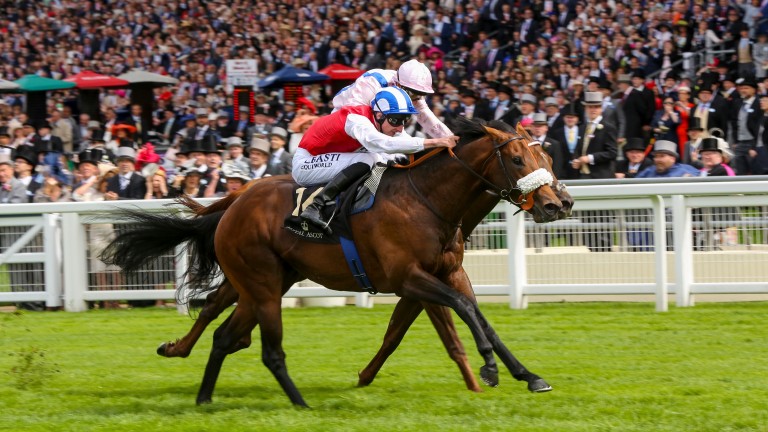 KING'S STAND hero Profitable has been bought by Godolphin and will remain in training next year with Clive Cox.

John Ferguson, Godolphin's chief executive, said: "Profitable is a very talented horse, who will again be able to challenge for all the top sprints in Europe next year, and being well bred, he is one of the best stallion prospects around."

Profitable won five, and was second a further five times, from his 18 starts in Alan Spence's red silks with white sleeves and blue and white striped hat. He was bought for 95,000 guineas as a yearling and has won £414,654 in prize-money.

This season he won the Group 1 King's Stand at Royal Ascot as well as the Group 2 Temple Stakes at Haydock and Group 3 Pearl Bloodstock Palace House Stakes at Newmarket.

He holds an entry in the Group 1 Longines Hong Kong Sprint, to be run at Sha Tin on December 11, for which he is a best-priced 20-1 with Sky Bet.

By Invincible Spirit, out of Dani Ridge, he is a half-brother to Group 3 winner Ridge Ranger and the Group 3-placed pair Full Mandate and Danidh Dubai.