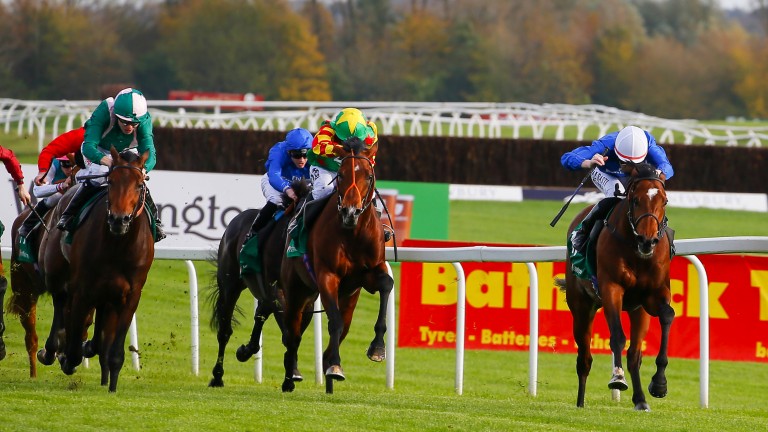 Godolphin won the St Simon Stakes, but not with the horse the market expected as second string Best Solution flew past favourite Frontiersman with a furlong and a half to run and powered away for an easy success.

The Lingfield Derby Trial pulled a length and three-quarters clear of 5-1 shot Raheen House under Pat Cosgrave, with Danehill Kodiac a further length and a half adrift in third.

Frontiersman faded tamely to live up to the disappointing tag he has earned since chasing Highland Reel home in the Coronation Cup, with just a Listed win to his name in five starts since.

But while one of Godolphin's leading lights dimmed further at the end of a long season, one that had failed to shine for most of the summer rediscovered his glow.

"Best Solution is a solid Group 2 horse who didn't like the quick ground in the Derby, which set him back a bit," said Tommy Burns, travelling manager to Bin Suroor.

"He went abroad, but the ground was against him but it was soft today – the same as when he won the Lingfield Derby Trial. I think he'll go to Dubai now."

Cosgrave added: "Best Solution won the Lingfield Derby Trial and ran in the Derby, but the ground was too quick. He's been highly campaigned and this ground is key to him."