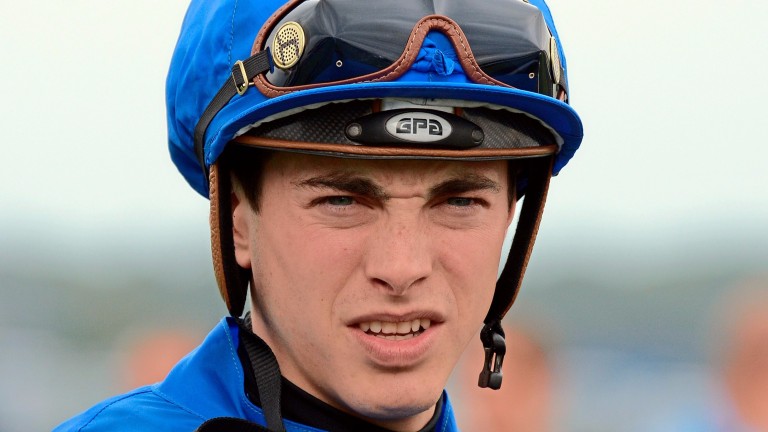 Godolphin jockey James Doyle stamped his world-class credentials on the international arena with a four-timer at Randwick, Sydney, on Saturday.

Doyle has ridden 12 winners since arriving in Australia in late November to replace James McDonald after he was charged with a betting offence.

McDonald was subsequently handed an 18-month disqualification but Godolphin are yet to reveal whether Doyle will extend his stay past April.

Four days after being stood down by a doctor due to the heat at Canterbury, another Sydney track, Doyle handled the warm conditions at Randwick with aplomb.

He started his winning streak with a classy performance to guide Godolphin filly Raiment to victory in #TheRaces Handicap over 6f and rounded off his four-timer on stablemate Badajoz in a photo-finish to the Tab.com.au Handicap over 5½f.

Raiment's victory was enough to convince O'Shea the filly could be a major player in the Group 3 PJ Bell Stakes in April.

Doyle came to Randwick having never ridden a winner at the track and left with a personal best of four during a single race meeting.

"Hopefully we've mastered this place or are getting the hang of it," Doyle said.

It wasn't just Godolphin runners Doyle was getting home, with outside stables providing two of his winning mounts.

"It's tough being the outsider coming in. All these trainers have their regular riders. That's fully understandable," Doyle said.

"A lot of the boys are up at the Magic Millions, so it's nice to get a couple of outside rides and collect on them."

FIRST PUBLISHED 12:51PM, JAN 14 2017
I'm really excited for James. You can see his qualities as an outstanding world-class rider and he's showing his skills here